“A challenging film, heavy on symbolism and motifs.”

Robert Altman’s intensely drawn haunting experimental psychological drama is about a lonely housewife, Cathryn (Susannah York), going schizoid and having hallucinations about sex and death. It’s a small film that unfortunately fell under the cracks because of its confusing story and unexplained conclusions about what’s real or fantasy. It’s taken from a work written by Altman, meant to be like Bergman’s Persona, and from the actress Susannah York’s story In Search of Unicorns written while the film was in production. It was shot in an arty style in a steely looking Technicolor by master cinematographer Vilmos Zsigmond, who made good use of his misty Ireland landscape shots. John Williams contributes an eerie score, in which he collaborated with avant-garde percussionist Stomu Yamashta (he provided the “sounds” from those ominous crystal chimes). Much of the story seems autobiographical, though Altman uses set pieces of shock from the thriller genre to maximize the subject’s predicament and keep it from being merely an exercise in arthouse film-making. It’s a challenging film, heavy on symbolism and motifs, that shares a nonlinear plotline with other disturbing works such as Bergman’s Persona and Polanski’s Repulsion (though not of the same top quality as these films). The film might be loosely considered part of Altman’s early trilogy with That Cold Day in the Park (69) and 3 Women (77). Each film explores madness in its female character.

Cathryn finds herself isolated in a remote country home where she’s writing a children’s book called In Search of Unicorns. She begins to suspect that her marriage to the aloof Hugh (René Auberjonois) is in trouble after receiving a mysterious late night phone call from a woman friend who tells her Hugh is not home because he’s with another woman. When Hugh returns at 4 am he fluffs it off as nonsense, and tunes his wife’s nagging concerns out. Hubby is more interested in pursuing his hobbies of photography and hunting. Left alone, Cathryn starts cracking up and encounters her double while wandering the countryside. She begins to have distorted visions of a former lover, Rene (Marcel Bozzuffi), who was killed years ago in a plane crash. There are several other troubling incidents such as a family friend, Marcel (Hugh Millais), who visits with his 12-year-old daughter Susannah. She tells Cathryn she wants to grow up to be like her, while the lecherous Marcel makes it plain he desires Cathryn. By the time an old man walking his dog approaches her cottage, Cathryn has gone over the edge and all the men appear as one leaving her unsure of which one she is with. There’s also the question about blood on the Persian rug and the growing violence in Cathryn’s visions. It’s hard for us or Cathryn to tell whether any of these things happening are real or imaginary.

The fragmented style employed may not please all tastes. But it held my attention throughout by its intelligent script, brave look at a disturbed inner world, the chilling atmosphere it created, and the superb acting. 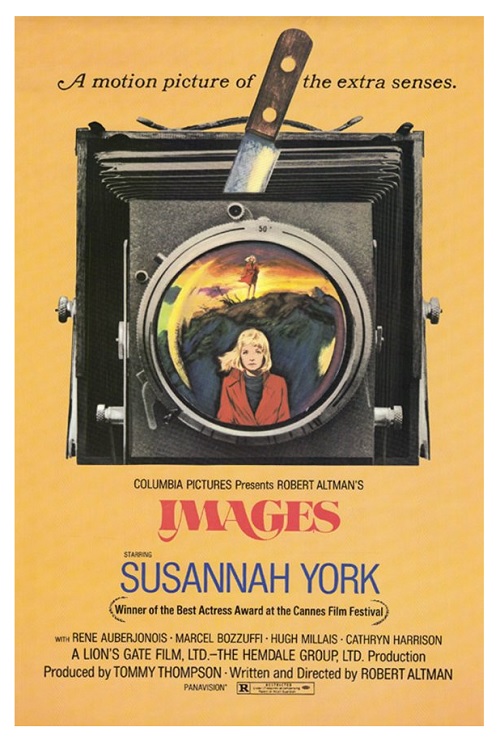