Park Chan-Wook (“Oldboy”/”Lady Vengeance”/”Thirst”) directs this playful lightweight romantic psychodrama set at a mental institution.It’s cowritten by Park and Seo-Gyeong Jeong. In a visually soothing array of pastel colors, it rides its loopy whimsical story in a cartoonish way till it crash lands with a feel-good ending that doesn’t know how to end without overdoing its magical charm to make everything seem OK even if it’s not.

Young-goon (Lim Soo-jung) works on an assembly line repetitively assembling transistor radios.Driven crazy by her dull life, by witnessing her granny carted away to the loony bin for only eating radishes and acting bizarre, and for believing she’s a cyborg like granny. With that in mind,one day Young-goon cracks and slices her wrists and plugs herself into the workplace outlets in a suicide attempt. At the mental hospital she acts like a cyborg, charges herself with a transistor radio and refuses to eat (only licking batteries) since she considers herself a machine. To the rescue comes fellow inmate Il-soon(Rain, Korean pop star), who wears a rabbit mask after ganged raped in the army because of his good looks. He’s a kleptomaniac who steals other inmates’ personality traits. At his sentencing, he heard the judge say he will one day turn into a dot, and takes it literally. Finding Young-goon attractive, Il-soon takes it upon himself the mission to restore his romantic interest’s health and well-being.

The slight narrative, about human love being superior to a fallible machine run world without love, is able to deliver many moments that are tender and humorous, some flights-of-fancy that are beautifully photographed, and showoff throughout the filmmaker’s great technical skills and inventive originality in storytelling. What it can’t do is show respect for the seriousness of treating mental illness, as it settles for being a crowd-pleasing film that is just so cutesy and so impossibly cloying. Its loony bin parable that harmony in the world can only be achieved by people not judging others but trying to help them in a loving way overcome their handicaps, fails to take into account how sick some people are and how they require professional help. 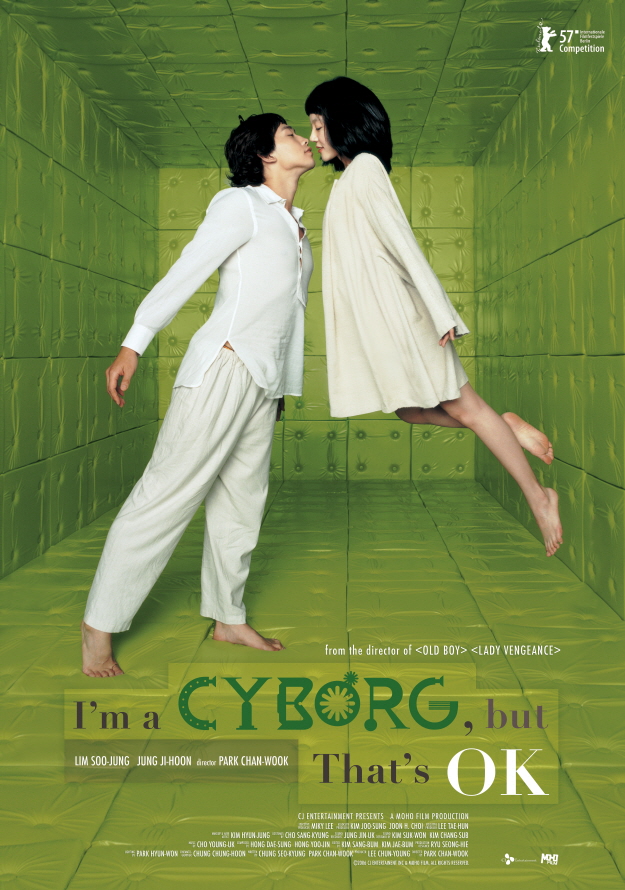