“It might take a magical act to find its audience.”

Writer-director Neil Burger’ (“Interview With The Assassin”) intelligent script is adapted from the short story Eisenheim the Illusionist by Steven Millhauser, winner of the 1997 Pulitzer Prize for his novel “Martin Dressler: The Tale of an American Dreamer.” It’s a well-acted and well-crafted old-fashioned period film set in the Vienna of the 1890s (filmed for nine weeks in Prague) that pertains to magic but bizarrely turns into a romantic thriller telling of the illusion and misuse of power. It’s lushly photographed by Dick Pope using a new digital process that gives it an automatic chromatic look of the late 19th century by flushing the screen with a rich array of amber, gold and green while omitting any hint of blue, as it plays with light, luminosity and dissolves in a dazzling fashion. The meticulously detail orientated Burger makes a point of being historically realistic, as one of the magician’s tricks is to raise an orange tree; something that was a staple trick used by magicians back in those times. It also features the suicide of the evil Crown Prince Leopold, which actually happened (though for presumably a different motive than the one used in this fictionalized story), to enhance the fictional story with political gravitas. The film weaves its way gracefully between a dreamscape of illusions and reality, while Philip Glass provides an innovative and chilling score to add to the already heightened eerie mood.

It tells the tale of a cabinetmaker’s son, who will later take the stage name of Eisenheim (Edward Norton), who as a teen romances the beautiful upper-class Sophie von Teschen (Jessica Biel), but that romance is broken up by her class-conscious parents and Eisenheim leaves the rigidity of Vienna for the next fifteen years traveling to Russia and the Orient to hone his skills as a magician. Eisenheim returns to Vienna to put on his magic show and in the audience is the evil Crown Prince Leopold (Rufus Sewell), next in line to the Austrian crown, who volunteers his fiancee, Duchess Sophie, to be used in the magician’s disappearing act. The two childhood friends will later meet secretly in her carriage, but have been followed by the ambitious Inspector Uhl’s (Paul Giamatti) spies. He dutifully reports it to the Crown Prince. Uhl’s a butcher’s son who has become corrupted by the promises of the Crown Prince to make him the chief inspector and mayor of Vienna if he continues to turn a blind eye on justice and work solely in behalf of him. When the inspector’s attempts to get Eisenheim arrested as a fraud fail, the Prince invites the magician to give a command performance in his palace. Upset by the Prince’s arrogance and that he’s stealing the girl he loves, the magician performs a trick that mocks him and the miffed Prince orders the inspector to shut down the magic show. When Sophie relates to Eisenheim the plan the Prince has to usurp the throne of his father’s, the innocent couple agree to elope. Sophie tells the cruel Prince of her decision and in a rage he slays her with his sword, and when an innocent party is made to confess to the crime the magician vows to bring the Prince to justice by trickily getting the morally conflicted Uhl, now the chief inspector, to do the right thing and bring the Prince to justice.

The crux of the story hinges on what Uhl will do, as in the last quarter of the film he becomes the main focus and everything is seen through his eyes. Unfortunately, even though there’s a creative twist as to why Uhl would thwart his ambitions and pursue the Prince as a murderer, it still was not convincingly built up to pass the giggle test. Though from a purely technical standpoint, the twisty ending was both clever and entertaining.

That through all the illusionist’s tricks of the supernatural, the raising of spirits and making live bodies vanish, the story successfully kept one step ahead of the audience. But even with the film’s great look, laudatory script and the super performances by the ensemble cast, it still must find an audience for such a venture that doesn’t conform to arthouse norms and yet might be too subtle for a mainstream audience. It might take a magical act to find its audience. 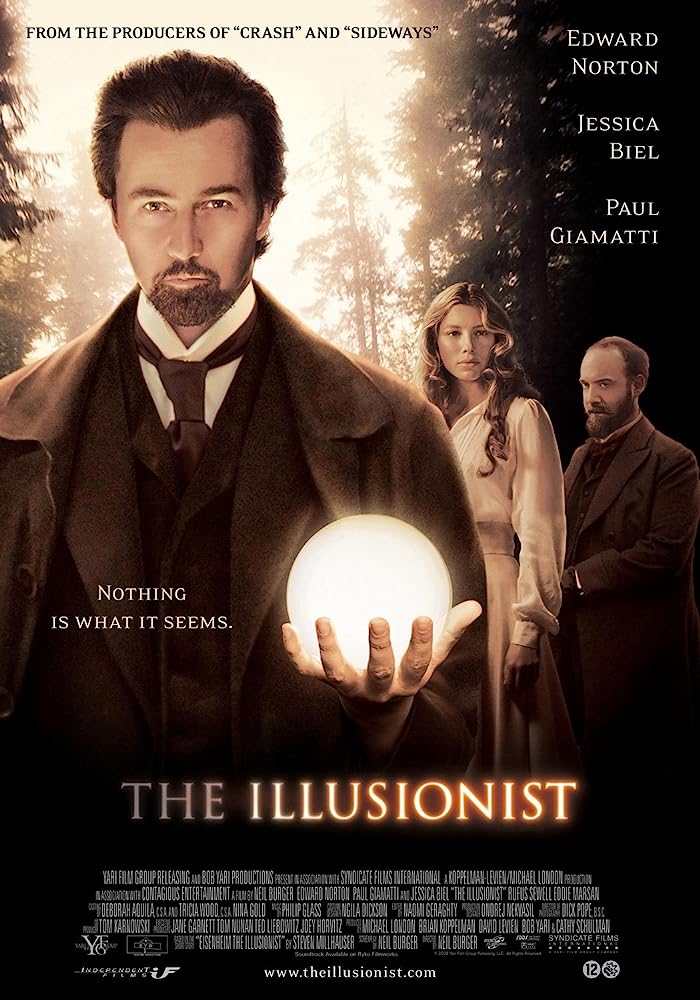