“I Can’t Sleep” is a Claire Denis (Chocolat/No Fear No Die) film that’s driven by a restless mood and is not plot orientated. It uses for its background material the “Granny Killer,” who in the Paris of 1987 killed twenty elderly women.

The film hones in on the life of outsiders in modern France, such as immigrants who came here to better themselves economically from Martinque and Lithuania. It uses as its periphery story the serial killer victimizing the elderly, as a number of push-in apartment murders and robberies are shown without emphasizing the violence in those attacks. The elderly are lonely and unprotected, and are also viewed as helpless outsiders in French society.

The film follows a beautiful young aspiring actress who speaks very little French, Daiga (Golubeva), just arriving in her Soviet car from Lithuania, where she hopes to get settled in with her elderly aunt (Renaud) and find work in the theater. She was promised a job if she slept with a successful director (Patrick Grandperret) from her native country who is currently living in Paris, but he has since gone back on his promise. The elderly aunt is too impoverished and has no room in her cramped apartment to put her up so the aunt talks a fellow Slav, an owner of a low-rent hotel, to give her work as a cleaning lady and provide her with a room.

The second storyline examines the lives of an extended Caribbean family. Théo (Alex Descas) is a violinist, who takes small carpentry jobs for bourgeoisie Parisians to support his young son and wife. Théo’s angry about being in a country where he feels uncomfortable because he doesn’t fit in. He wishes to go home to Martinique, but his Parisian wife Mona (Béatrice Dalle) can’t make up her mind if she wants to go and leave whatever security she has here. Théo seems to only care about his son and fails to notice anything else that is going on around him, including the strange behavior of his brother Camille (Courcet) who is a frequent guest.

Camille dresses in fishnet stockings and wears lots of make-up. He sings occasionally at the local gay nightclub and sleeps with his lover in the same hotel as where Daiga lives and works. Camille is easy-going and appears like a nice guy until it is shown that he is not only a drug addict and someone who is HIV positive, but he is the serial killer along with his sex partner. Camille strangles the old women to death after his partner (Dupont) gains entry to the apartment and robs them.

All the main characters live in the multi-ethnic 18th district of Paris, where the granny killings are taking place. Their lives intersect even if they might never meet (Daiga is the chambermaid for Camille’s hotel room, but never meets him). These disenfranchised souls all realize that life can be shitty and they are just trying to get by and steal a little happiness while they can, but each does it in a different way.

The beauty in this film is in observing the human condition undisturbed by interference from any formulaic response from the filmmaker. It’s a fascinating, well-made, disturbing and subversive film, that left a deep impression on this viewer. One that’s reflective of Europe’s socio-economic policies and the inherent immigration problems facing modern Europe. 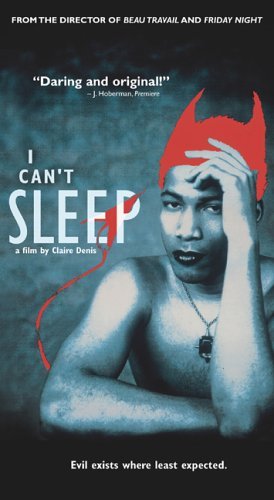