After radical cosmetic surgery, mom comes home from the hospital with her face wrapped in bandages and acts coldly toward the kids. Because of her aloofness the twins suspect something is not right. The twins, now ten, lead a sheltered life–have no visitors, collect large beetles in a giant tank and are always together playing. When mom’s bandages are finally removed after a long time and she reveals a perfect face, the kids tie her up and demand to know what happened to their real mom.

In this strange house, mom is visualized as a monster. Dad is mentioned but never is around, and there are no photos of him. The kids relate to no one else but mom and see only a few residents from their community who knock on their door. It’s also strange that they are fed only frozen food and are cruelly locked-up for a long period for being too noisy. The most revealing photo found is in an album that has mom posing with another woman who looks like her twin.

The pic is well-crafted so that all things about its bizarre nightmarish story can be explained, including the dreams of the twins. 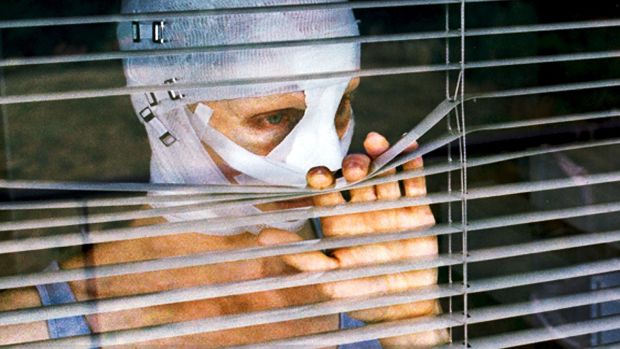