“The slight but well-acted pic turns into a weird celestial quest about cosmic karma.”

It tells of a darkly comedic and bloody cosmic journey for a lost man trapped in a restroom at a remote rest stop.

The screwed-up nihilistic Wes (Ryan Kwanten, Aussie actor) is going nuts after his breakup (the details of which are never fully revealed) with Brenda (Sylvia Grace Crim). His ex-girlfriend gave him a teddy bear that he now always keeps with him, as he lives as a homeless person without directionless out of his car. In the morning after experiencing a rough emotional episode that evening, he gets drunk and in confusion he set his pants on fire and vomits. Thereby he goes into the restroom to freshen up. In the next stall is the stranger Ghat (J.K. Simmons), someone never seen, who begins an awkward and frightening conversation with him.

The stranger tells him in the voice of a Lovecraftian violent elder God that he was fated to meet Wes and save him from ruining his life. But to save himself and life he must perform certain actions.

At this juncture the slight but well-acted pic turns into a weird celestial quest about cosmic karma. The conversation with the stranger might be only a dream.

It can be questioned why the film is named after the glory hole, a hole in the stall.

It played at the Fantasia International Film Festival. 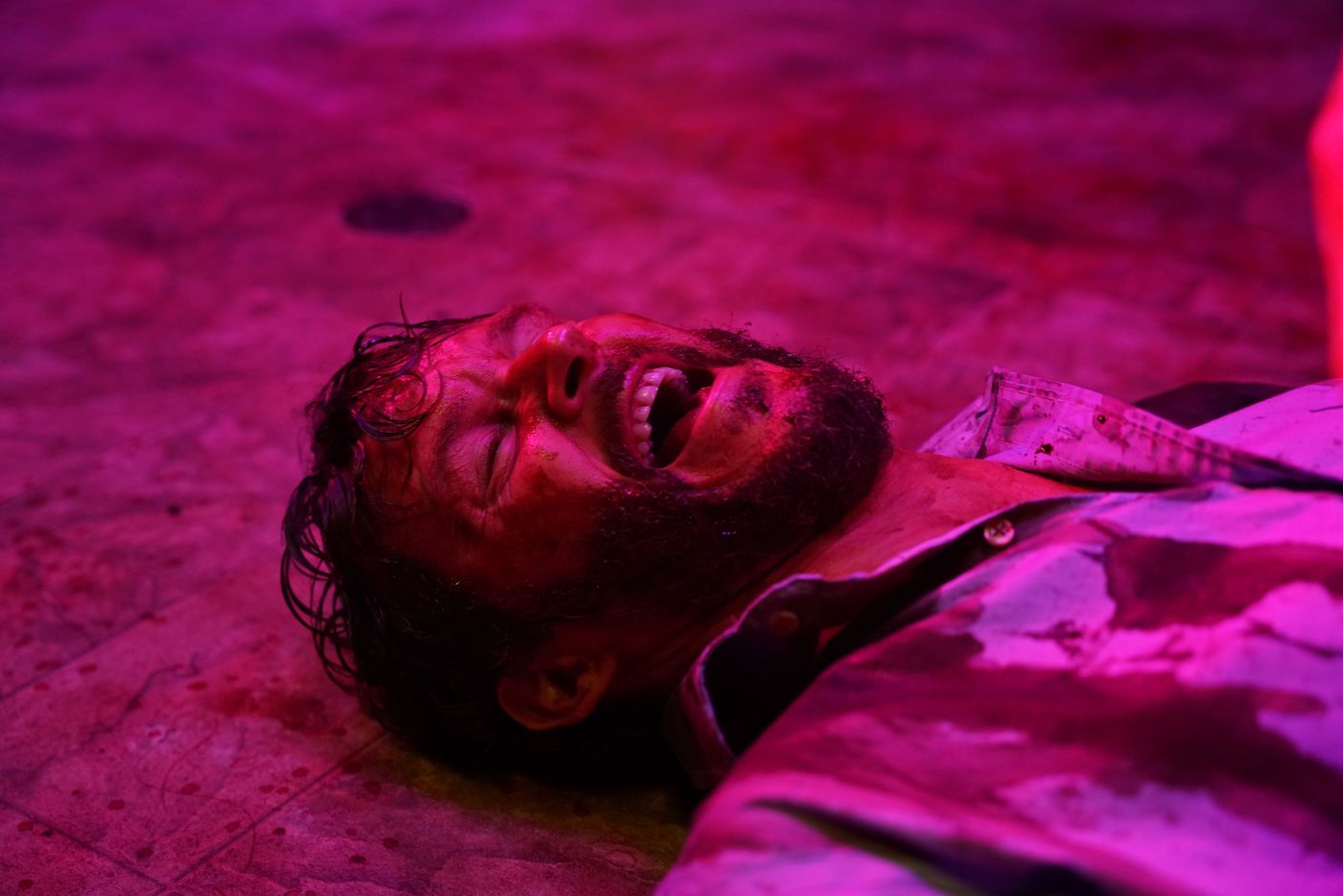 NATURE OF THE BEAST, THE