“If you’re a fan of Hallmark films, you’ve found your film.”

A feel-good family drama gently directed by Nick Hamm (“Hole”/”Driven”) and written by David Hudgins. This inspirational film is based on a true story of the 18-year-old Nate Gibson (Charlie Rowe). He became a quadriplegic after contracting meningitis from a lake swim and became unable to eat, sleep or do everyday tasks by himself and experiencing severe pain.

The film depicts the strong bond that happened between a trained service animal, a capuchin monkey helper named Gigi, and the young man who was left both physically and mentally paralyzed. This relationship gives the lad a brighter outlook on life.

The narrative explores the rich relationship between the human and the animal (the monkey helps Nate do his daily tasks as she operates his phone, flips through the pages of the books he’s reading and helps him with physical therapy). In its lighter moments it tosses in some amusing goofy antics from the monkey and gets some wise cracks from his vodka-swigging granny (Diane Ladd).

If you’re a fan of Hallmark films, you’ve found your film. Though it pulls at your heartstrings and is certainly a decent film, it’s not for those looking for a more exciting film. Its fault is it becomes too bloated, filled with too many contrivances and unappealing subplots to hold one’s attention. These subplots cut away from the narrative’s natural emotional appeal. 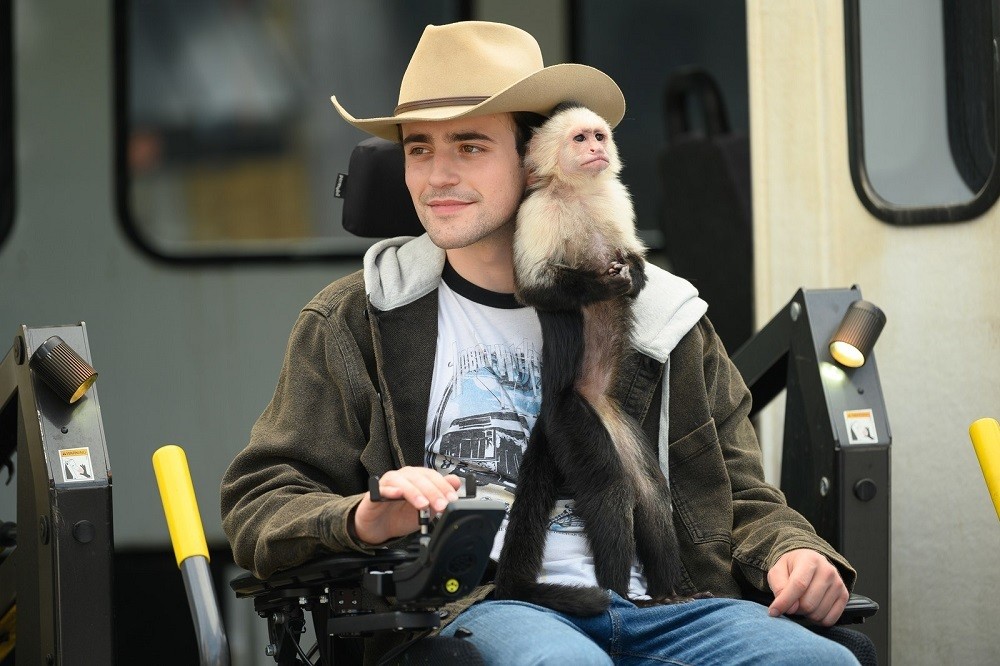