“Has a fine setup then somewhat flounders when lost in its obtuse mysticism.”

The Peruvian filmmaker Claudia Llosa (“Aloft”/”The Milk of Sorrow”) is writer-director of this psychological thriller on the vagaries of motherhood that goes on an enlightening oneric spiritual journey. It’s set in the Argentina countryside (but shot in northern Patagonia, Chile). The nonlinear film (veers back and forth in time), featuring supernatural developments (intermixed with reality), has a fine setup then somewhat flounders when lost in its obtuse mysticism.  Nevertheless the indie is destined to be an arthouse cult classic, as it’s curiously adapted to the screen by Claudia from a best selling novel (‘The Rescue Distance’ which translated into English as ‘Fever Dream’) by Samanta Schweblin. The author worked closely with the director on this imaginative but difficult script to get right. The distance referred to in the novel, is the safety distance needed between a mother and her child. This is the first film that Ms. Llosa uses someone else’s material for the screenplay.


The wealthy resident of Spain, Amanda (María Valverde), leaves her husband Marco (Guillermo Pfening) to work at home, and goes on a summer holiday to visit her Argentine father in his rural hometown with her young daughter, Nina (Guillermina Sorribes Liotta). There she befriends a neighbor, Carola (Dolores Fonzi), who brings to her father buckets of water so he can drink clean water. It’s noted Carola has a 12-year-old sickly boy, David (Emilio Vodanovich), who almost died from drinking the foul river water.

Influenced by the local healer (Cristina Banegas), mom won’t acknowledge David as hers as the superstitious woman is told by the local healer that the only way to save the boy’s life was to migrate half of his soul into another body so it could partially remove the poison. Whether or not the healer was telling the truth, Carola is convinced that David is no longer the boy she once loved and saved his life. The viewer must accept how believing such tripe is possible in a society where faith healers cling to primitive beliefs from the past and the culture is still a primitive one.

An other-world dialogue (perhaps only an imaginary one) between Amanda and David (in the flashbacks David is played by Marcelo Michinaux) takes place with a conversation we hear but can’t see or comprehend, that seems to be about their sharing of broken souls and a common fragility. The stirring music of Brit composer Natalie Holt arouses our senses that we’re onto a spiritual journey and the striking images by the DP Oscar Faura fill the screen with suggestions of transmigrated souls and bestial people. We are left to go on various sub-plots and live with a deliciously rich allegorical story, which might leave us scratching our heads even if impressed with the sheer beauty of the images, the power of the parable  and accepting the notion that mothers instinctively want to protect their children and feel threatened when they can’t.

The film magnificently taps into the fears mothers may have that their child will turn into someone they might not some day recognize or approve of. It’s a difficult bookish concept to put onto film, but Ms. Llosa comes up with the right ethereal combo of actors to do just that and has a fearless and intelligent way of storytelling to tell a story that cannot be fully told without being lyrical. It wisely ends on an enigmatic note, letting us know it doesn’t have all the answers but offers a way for moms to keep their children in their sight when raising them. 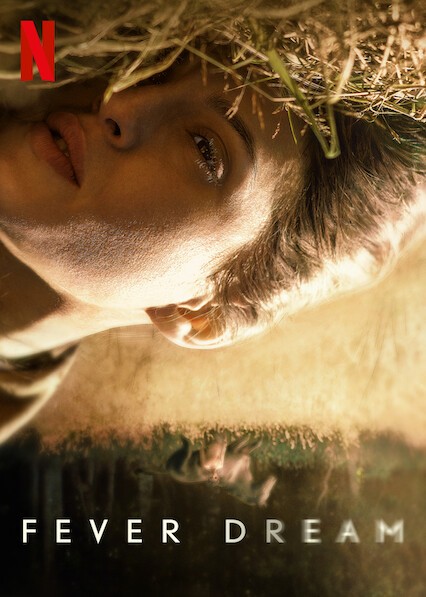 WEREWOLF IN A GIRLS’ DORMITORY