“The performances by Hurt and Plummer stand-out.”

Peter Yates(“Suspect”/”Year of the Comet”/”Curtain Call”) superbly helms this thin but exciting thriller, as he adroitly keeps it from going off the rails. It’s written by Steve Tesich from personal experience. The screenwriteronce worked as an office-building janitor and had a crush on a New YorkCity TV newswoman he tried desperately to meet.

Social misfit shy janitor Daryll Deever (William Hurt) has a crush on TV newscaster Tony Sokolow (Sigourney Weaver). There’s a murder in Daryll’s building. Newscaster Sokolow interviews the residents of the apartment house. When Daryll is interviewed he pretends he witnessed the killing, thereby hoping to build a relationship with the reporter. It works, as Sokolow takes notice of Daryll. The problem is the real killer believes Daryll was a witness and hunts him down. Also pursuing him as a result, is Tony’s smoothie boyfriend Joseph (Christopher Plummer).

The performances by Hurt and Plummer stand-out. 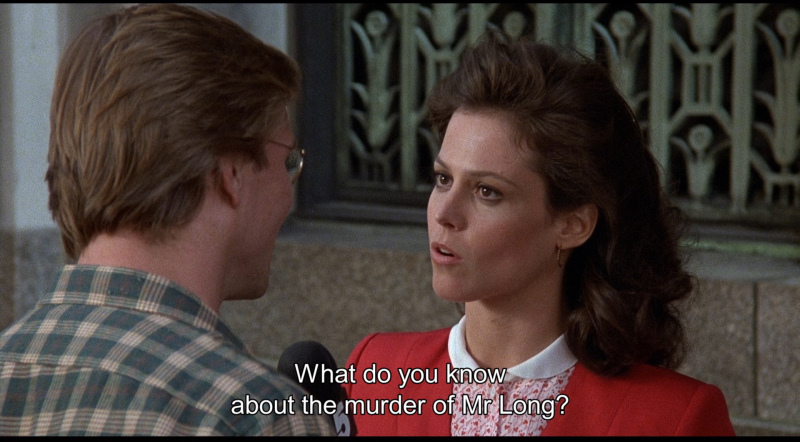