“It’s a big South Korean budget film that was budgeted for $20 million, and got its money’s worth in great visuals.”

South Korean writer and director Seung-wan Ryoo (“Crying Fist”/”The City of Violence”) tells the suspenseful true story of diplomats scrambling to escape Somalia just as the 1990 civil war erupted. The film adds to our knowledge of that collapse from what we learned previously from Ridley Scott’s “Black Hawk Down (2001),” which takes place after this incident.

It’s a big budget South Korean film that was budgeted for $20 million, and got its money’s worth in great visuals.

The film is based on the actual event. It shows how both North Korea and South Korea were selfishly involved in the region for their own interests, unconcerned about the locals.

The locals were given the shaft in the political power games of the outsiders.

Anxious to join the UN in 1990, South Korea openly campaigned for Africa countries to vote them in. This campaign included wooing with gifts the Somalian dictator Mohamed Siad Barre by the South Korean Ambassador Han (Kim Yoon-seok) and South Korean diplomat Kang (Jo In-sung). Meanwhile the North Korean reps such as Ambassador Rim (Huh Joon-ho) and the official Tae ((Koo Kyo-hwan) cunningly pull out all the stops to make the South Koreans look bad.

When the civil war in Somalia became a disaster, the government, rebels and ordinary citizens rejected all the interference from the foreigners and the foreigners realized they better leave before it’s too late. The narrative shows how both North Korea and South Korea had to escape, and the question came up if these enemies would help each other as they each needed the other to get out without harm.

The slow moving rather dull pic, told from the side of South Korea, redeems itself in the climax with an exciting nerve-tingling car chase to safety, as the South Koreans were cut off in communicating with their government as they tried to elude mobs and child soldiers. What’s neglected here is the viewpoint of the Somalis and for them to voice how they disrespected as a backward and corrupt place. 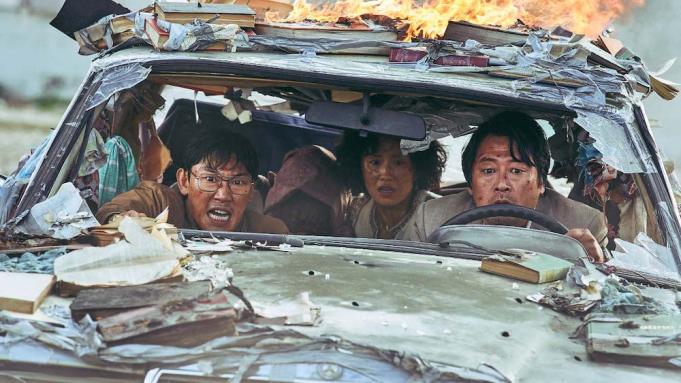