“Might have worked as a clever thought-provoking read, on film it’s a drag.”

A dull, shallow and humorless big-budget message Star Wars like futuristic fantasy sci-fi war film. It takes itself too seriously, as it highhandedly preaches throughout against bullying, tolerance for nerds, an international morality code to impede militaristic governments and for world leaders to have a strategy in place for not only winning a war but winning the peace. It’s based on the best-selling 1985 sci-fi novel by the American Orson Scott Card, a Mormon right-wing extremist, who in public presented himself as a homophobic by railing against same-sex marriages. Though the pop culture video game novel might have worked as a clever thought-provoking read, on film it’s a drag. The faithful but sterile adaptation by director-writer Gavin Hood (“A Reasonable Man”/”Tsotsi”/”Rendition”) slickly lays out the pic as a high school kid’s fantasy adventure story.

It’s set in the unspecified future, at a time of population control, after a surprise attack fifty years ago on Earth by the Formics–large uncommunicative insect-like extraterrestrials. The attack was repelled only because of the brilliant strategy of the legendary international Fleet Commander Mazer Rackham (Ben Kingsley), who used the Formics’ weakness to best advantage. But the creatures left the Earth fearing another attack would destroy them and they might not have another great Fleet Commander to save them.

Decorated war hero Colonel Graff (Harrison Ford) and his psychologist underling Major Anderson (Viola Davis) run an elite military school for young student gamers. They believe only the Earth’s youth can save their military run despotic world, as they are looking for another Mazer Rackham. They act as teachers recruiting potential warriors and preparing the chosen youth to be hardened to lead the charge against an enemy that can only be loved after defeated.

It needlessly points out we are in deep shit if we allow the military to do our thinking. Nevertheless, at the same time, it tells us without our military might we might not endure. Leaving us in the end on our own to ponder an ambiguous war policy conundrum. 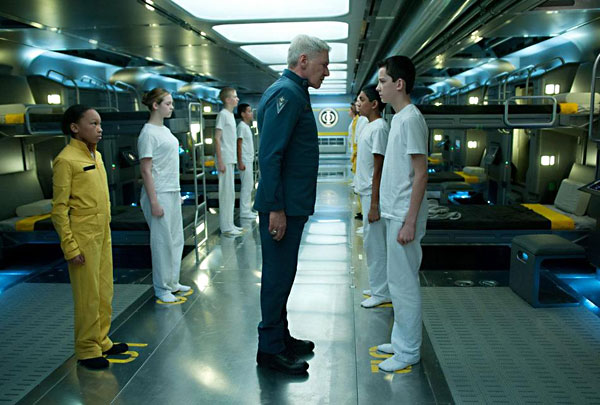 KNACK … AND HOW TO GET IT, THE