END OF THE ROAD

Millicent Shelton (“30 Rock”/”Black-ish”) directs this underwhelming thriller, with a mostly Black cast, that has an LA widowed mother, Brenda Freeman (Queen Latifah), trying to save her family from a mysterious killer while on a cross-country road trip and from there the story astonishingly develops into an over-the-top exercise in absurd violence with a high body count. The screenplay is crassly written by Christopher J. Moore and David Loughery. It’s based on an inane story by Christopher J. Moore.

Facing money problems as she’s unable to pay off debts from hubby’s cancer chemo treatment, the recently widowed nurse Brenda must sell her LA home and move her family to Houston. The family includes her kooky screw-up younger brother Reggie (Ludacris), a manager in a fast food chain, and her children, the level-headed teen Kelly (Mychale Faith Lee) and her younger adolescent brother Cam (Shaun Dixon).

Things take a wrong turn as the family heads for Arizona, because of highway road construction and they must take a detour on a back road. When the family encounters on the road a pair of sleazeball redneck truckers (Jasper Keen & Michael McNeil) they get into a conflict with them and are almost run off the road.

The family then stays at a isolated seedy motel, where they hear a gunshot in the next room and when they check it out they find a dead man, Ruck (Jesse Luken, who was killed for stealing a money bag from a mysterious ruthless Mexican cartel boss named Mr. Cross. So what does Reggie do, without telling any one, but steal that bag of money.

When the cops arrive they question Brenda and her family and then let them go. Captain Hammers (Beau Bridges) comes to the crime scene after the investigating cops let the family go, as he lets on he’s been after Cross for a long time. He phones Brenda to come back to talk with him, but she refuses. She’s also contacted by the bad guys in disguised voices to return their money, which surprises her until Reggie owns up to stealing it.

On their way again, the family stops off at a western theme park. Though Brenda plans on returning the money, the hotel maid (Tabatha Shaun) steals the duffel bag. Brenda tracks her to the camp of the vicious skinhead Mace (Keith Jardin). After contacting Hammers, he sends them for protection to stay with his wife (Frances Lee McCain).

To get there the family must stave off the neo-Nazis in the camp by helping a kidnapped Cam escape from the Nazis, by engaging in hand-to hand fighting with the Nazis and to go on a car chase. You see Brenda was a military brat and thereby is supposedly no stranger to holding her own in combat. As if this wasn’t B.S. enough, there are few more plot twists to deal with that are all telegraphed and can easily be seen coming.

This film lacks any credibility, is a bore and the dialogue should make you cringe. I’d avoid this rotten one even if I were a relative of the Queen. It has little going for it that makes any sense. 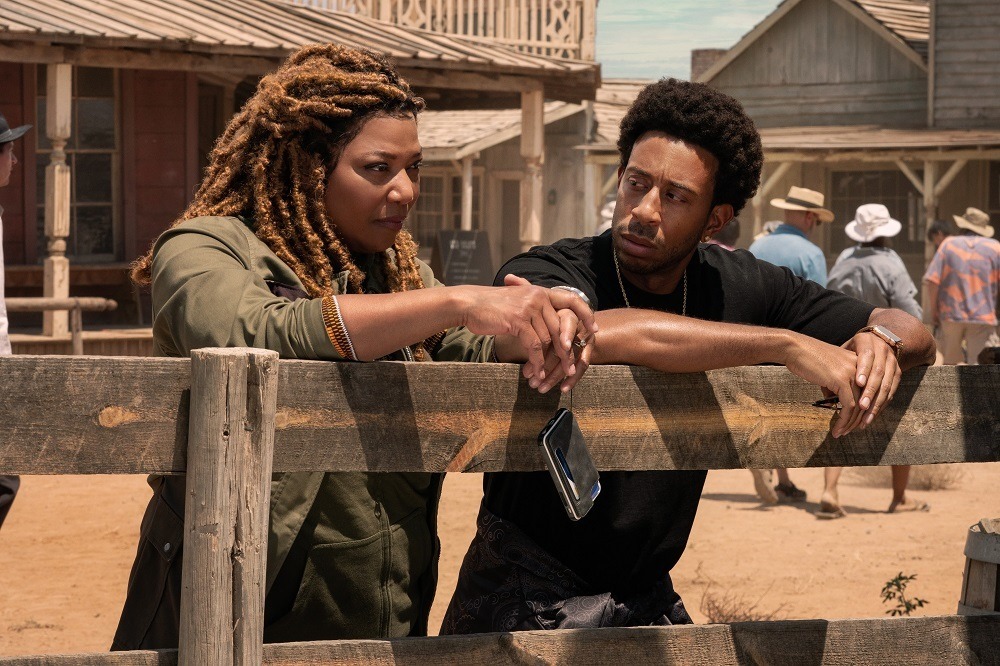