It’s meant to offend the Japanese establishment for their silence over Emperor Hirohito’s failure to accept responsibility for the war, and does so with relish.“

Kazuo Hara (“Sayonara CP”/”Extreme Private Eros: Love Song 1974″/”A Dedicated Life”) directs one of the strangest and most unique war documentaries, that’s not to be missed. It’s meant to offend the Japanese establishment for their silence over Emperor Hirohito’s failure to accept responsibility for the war, and does so with relish. It follows Hara’s dictum for making documentaries: “A documentary should explore things that people don’t want explored, bring things out of the closet, to examine why people want to hide certain things.” Hara tells the bizarre story of the 62-year-old Kenzo Okuzaki, an eccentric World War II veteran (one of only 30 survivors of a thousand-strong regiment in New Guinea)who lives in Kobe with his loyal wife and is obsessed as a political activist to avenge the atrocities of Japan during the war (which includes the killing of their own soldiers to partake in cannibalism) and lay the blame on Emperor Hirohito and others in command of his war for conducting such an unjust war and never admitting their responsibility for so many casualities–even criminally fighting on when they knew the war was already lost.

Hara focuses on the ongoing outlaw activities of the animatedOkuzaki, in the early 1980s, without digging too much into the past and without telling us hardly anything about his subject’s personal life and making no judgment on his sanity, so by the film’s end he’s still an unknown figure. Okuzaki was stationed in occupied New Guinea during the war and survived only because he was hospitalized and treated by the Americans. We learn that though the war has been over for a long time he still wants to expose those responsible for the war and to show its horrors so Japan will not participate in future wars. He’s a violent and controlling man refusing to let go of the past and live in the present, who is upset that no one else in the country in a position of authority seems as concerned with these violations against God as he is and in his rage attacks on camera some of those he interviews without the camera crew stopping him. Okuzaki ‘s credo is “If the result is good, violence is justified.” Hara’s credo is keep the cameras rolling, no matter what.

In 1969 Okuzaki made a name for himself by slinging four pachinko marbles at Emperor Hirohito in front of the Imperial Palace. Okuzaki was imprisoned in Kobe for 13 years and 9 months for plotting to assassinate a former Prime Minister, the sling shot act and distributing pornographic pictures of the Emperor outside a Tokyo department store.

Okuzaki’s sanity can be questioned by his unrelenting and unorthodox attempts to get at the truth by confronting those survivors of New Guinea with intense grilling, vilification, threats and even by force, if necessary. The film’s gist has Okuzaki pay surprise visits to his fellow New Guinea veterans responsible for the atrocities and in several confrontations things get violent. These encounters, at last, reveal that unpopular soldiers of low rank were eaten by the starving high ranking soldiers because the natives were too fast to catch and the soldier’s deaths were covered-up.

By the film’s end the viewer might think everyone is crazy. As nutty as Okuzaki appears to be, he seems saner to me than the so-called responsible people who lost their way during the war and became uncivilized.

It’s an amazing film that has the power to capture the zeal of its violent pacifist subject (world peace must be achieved by any means possible) and tell the world a story it believes it needs to hear, even at this late date, and does so in an uncompromising way even if it’s controversial and upsetting to many who want to forget about the dark past. 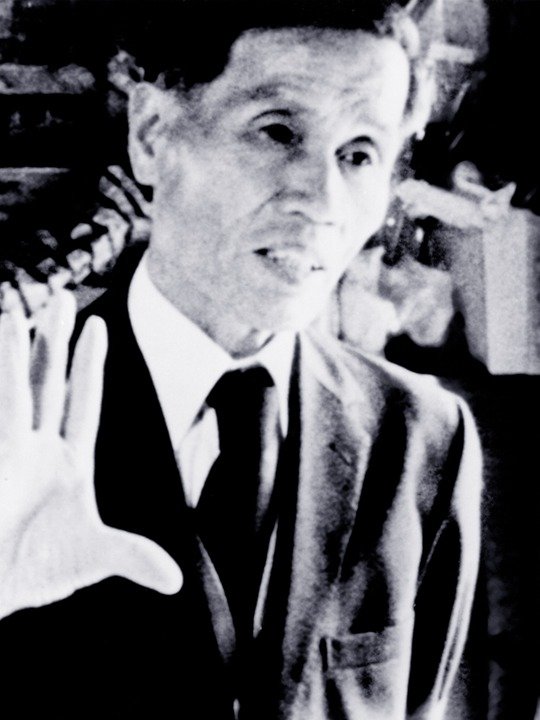