DRUMS OF JEOPARDY (MARK OF TERROR)

“A gem that has gone under the radar.”

A mad scientist revenge thriller directed by George B. Seitz(“The Courtship of Andy Hardy”/”Danger Lights”). It’s a gem that has gone under the radar.

The mad scientist villain is Russian chemist Boris Karlov, played by Warner Oland with sheer villainy. Writer Florence Ryerson adapted it from the story by Harold MacGrath and from the 1922 Broadway play. Dr. Karlov, a prominent Bolshevist, vows to avenge the suicide of his daughter Anya (Florence Lake) after raped by a man she refuses to name.

Because the famous Petroff necklace, the Drums of Jeopardy, was found on her, Boris thinks her attacker was from that Russian noble family.

The legend surrounding the necklace states that if one of the drums (a ruby) is detached and sent to a man, he will die within twenty-four hours.

Unaware that Gregor Petroff (Wallace MacDonald) was Anya’s seducer, Boris plans to kill the entire Petroff family. He sends 4 drums to each of his intended male vics. The first one murdered is General Petroff (George Fawcett. That leaves Prince Ivan (Ernest Hilliard), Nicholas (Lloyd Hughes) and Gregor. But they leave Russia for America and are aided by secret service agent Martin Kent (Hale Hamilton). When Boris follows them to America, he first kills Prince Ivan. The remaining brothers hide out in the secluded New Jersey house of art student Kitty Conover’s (June Collver) Aunt Abbie (Clara Blandick). Nevertheless Boris follows them and takes Gregor hostage. He offers to rat out the seducer if he goes free.

Gregor then blames Nicholas. Boris kills the slimy Gregor with poison gas. Meanwhile Nicholas and Kitty have become lovers. Boris imprisons them in the cellar and intends on drowning them, but the police arrive with Kent and Aunt Abbie manages to kill Boris in his own death trap.

Despite the poor quality of its print, this PRC film reaches greatness in its portrayal of villainy and is worth watching despite the film’s bad shape. 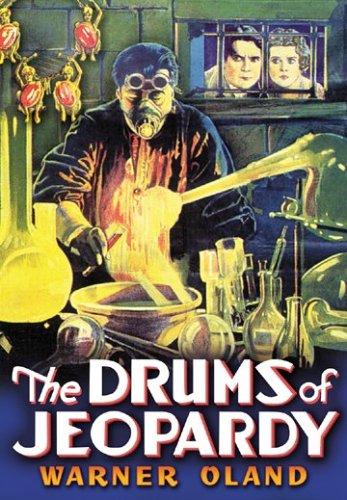