“There was a potentially fine story there, but the filmmaker was too inexperienced to draw it out.”

Finn Taylor’s “Dream With the Fishes” is a clumsy whimsical stab at male bonding type of film that I never could get my feet wet in. The story is weakly drawn, the characters are not fully developed, and the dialogue is dull. It’s Finn’s semi-autobiographical debut film.

It should be noted that Finn wrote the quirky “Pontiac Moon.”

A despondent Terry (David Arquette) is tricked out of jumping off San Francisco’s Golden Gate Bridge by an armed stranger named Nick (Brad Hunt), using reverse psychology. Terry had been spying with binoculars on Nick and his girlfriend in their nearby pad, as the lady is tattooing herself and the guy is asking if she feels the pain. Therefore Terry recognized Nick when he was approached by him. On their encounter, instead of sticking him up, Nick suggests they should swap his sleeping pills for Terry’s watch. We soon learn Nick is dying of leukemia, the pills he gave his new pal are only vitamins, and he’s a career thief. We learn that Terry gets his kicks as a voyeur, he’s hopping mad to be alive recovering at the hospital with Nick by his side, and that he’s lonely. Since Nick has only about a month to live and sees no sense in being hospitalized for that time and for some reason or other would rather not be with his caring fiancee, Liz (Kathryn Erbe), he makes a pact with Terry for them to go on the road together to find out which of them is better off: a sick man who would do anything to live or a healthy man who wants to die. The trip would be sponsored by Terry and would give Nick a chance to do the things he never was able to do, while Terry in return would gets his death wish as Nick will kill him at the end of the journey.

This all too convenient plot has the lads going to the country to meet the thief’s macho dad (J.E. Freeman) and colorful ex-stripper aunt (Cathy Moriarty), hooking up with prostitutes, robbing a pharmacy, tripping on LSD at an amusement park, going naked bowling and climbing a church bell tower to shout out hell. In between their temporary bursts of glee, there was growing concern about how short of a time they had to live. The film remains dream-like, as it tries to get at why Terry is so unhappy with himself. But the acting by Arquette is so annoyingly nerdy and the direction so ambiguously conceived, that the film never really gets at anything except for the few celebratory episodes where it shines with unbridled delight. There was a potentially fine story there, but the filmmaker was too inexperienced to draw it out.

The film’s odd title is derived from Nick having his fortune told in poetic terms. 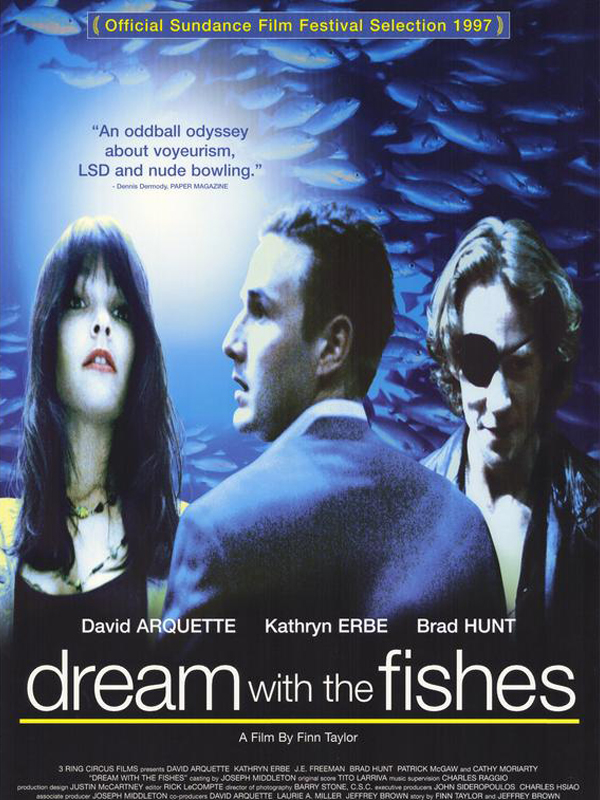