DIME WITH A HALO

“This is a dull message film I wouldn’t bet a dime on.”

The Ukrainian born Boris Sagal (“The Omega Man”/”Mosquito Squadron”) directs. It’s written by Laszlo Vadnay and Hans Wilhelm, and features a no name cast in this simplistic human interest story.

Five Tijuana street urchins make $2 bets at the local Caliente racetrack by having the rich American senior citizen Mr. Jones (Paul Langton) place their bets as a favor to them. These bets lose for a period of 3 months. Changing their strategy, the boys steal a dime from the church poor box and win $81,000. To cash the ticket, Juanita (Barbara Luna), the older sister of Jose (Roger Mobley), one of the boys in this hustlers’ gang led by Chuy (Rafael Lopez), contacts by phone Jones in Los Angeles to come back to cash the winning ticket. While waiting on line to cash the ticket, Jones suffers a heart attack and the ticket blows away. The ticket is not found after a thorough search, so the boys return the dime to the church.

There’s supposed to be a religious message here, ‘a come to Jesus moment,’ which I facetiously think is ‘don’t steal from the church poor box or God will punish you by not letting you collect the winnings.’

This is a dull message film I wouldn’t bet a dime on. 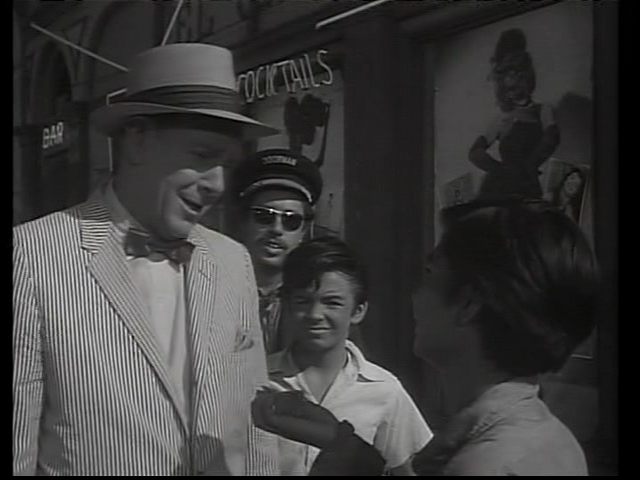