DEVIL IN A BLUE DRESS

African-American writer-director Carl Franklin (“One False Move”/”High Crimes”/”Out of Time”)does a great job with this stylish neo-noir, set in the postwar LA of 1948, as it talks local politics, blackmail, murder, racist bully cops and inter-racial dating–at a time when the color barrier was in full force. It’s based on the book byAfrican-American author Walter Mosley.

Regular guy bachelor Ezekiel “Easy” Rawlins, a decorated World War II veteran, has been fired from his LA mechanic job at an aircraft plant and needs cash to pay the mortgage on his beloved bungalow home in a middle-class black neighborhood. At a black downtown bar, friendly bartender Joppy (Mel Winkler) introduces Easy to shady white mystery man De Witt Albright (Tom Sizemore) and despite his better judgment he accepts his offer of a private dick job, paying a hundred bucks, to locate missing white girl Daphne Monet (Jennifer Beals). She ran off to the colored section, and it’s believed she’s running around with blacks. Easy is chosen because he has access to the colored spots. Daphne is the girlfriend of the white drop-out mayoral candidate Todd Carter (Terry Kinney), the richest man in LA, who supposedly hired Albright because he wants to get back with the girl he loves.

The gig turns out to be no piece of cake, as Easy soon gets entangled in a murder mystery when it turns out that Daphne is a key figure in the upcoming mayoral race. Since the black suspect Easy knew the murder vic (Lisa Nicole Carson), the cops (John Roselius & Beau Starr) work him over in their stationhouse. Then more trouble ensues when Easy learns that Albright is actually working for Carter’s sleazy mayoral rival Matthew Terell (Maury Chaykin) and is pissed at Easy for giving him wrong info. Easy feels he needs help and recruits his psychopathic gun-toting pal from his Texas hometown, Mouse (Don Cheadle), for support and protection. The bodies pile-up, as the case gets more complex and this racially explosive whodunit reveals racial secrets and the damning way politics works.

The film captures the forties atmosphere, the racial divide, the black social scene around Central Avenue and 103rd Street, has a snappy screenplay, and gets an easy-going likable star performance from Washington and a most pleasing scene-stealing one from Cheadle. When asked by Washington not to shoot the man they hold hostage and Washington later discovers him dead, Cheadle explains I choked him to death. 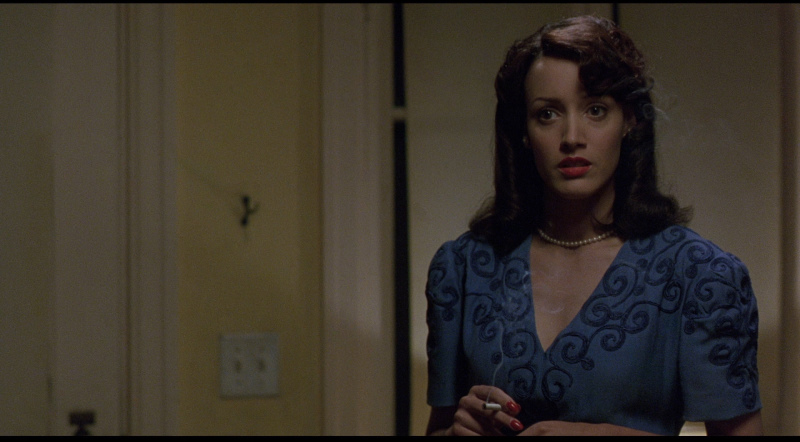