Noted playwright David Hare (“The Blue Room”) directed the play and this film adaptation of Wallace Shawn’s play while it was being performed on the London stage (the National Theater) with the same cast. Shawn’s play never becomes a movie, unless you can imagine three people sitting around talking and no overt action taking place as being a movie. The three character cast of “The Designated Mourner” address not each other for the most part, but the camera. It defiantly remains a piece of theater, almost bare and minimalist. An abstract literary work that is performed as political drama. Hare has said it’s about “the death of culture, the danger of culture becoming a minority pursuit.” In other words, highbrow is better than lowbrow. The film fulfills that aim, and is certainly meant for an elitist audience. I found it a bit pretentious and must also confess it made me so drowsy I had trouble keeping my concentration (Shawn also wrote the culturally enhanced talkfest “My Dinner With Andre”). Yet, I kept coming back to it as if hypnotized and by the conclusion felt intellectually rewarded by the extra effort.

An elderly man, the dissident poet (de Keyser), his daughter, the dissident highbrow (Richardson), and his son-in-law, the journalist (Nichols), sit behind a desk and talk to the camera while each delivers a monologue. They ramble on touching on a myriad of literary topics, recall their relationship to each other and to what they considered highbrow and lowbrow art. Nichols seems to deteriorate under his own sense of intellectual inferiority. Gradually he comes to dominate the conversation, telling about his failed marriage, his sexual problems, his political and moral cowardice, his rejection of the arts and the world of ideas. Nichols exclaims at one point: “I understood that my self was just a pile of bric-a-brac.” Nichols has appointed himself “the designated mourner” for the death of the life of the mind and for giving up on living a principled life.

One should be warned, it’s all done in a subtle fashion and requires a willing audience participation and proper mood before undertaking this unique film experience.

It was shot in three days. The still camera has virtually nothing to do but remain still. References to such paragons of the cultural elite as John Donne, cannot ensure the pic of its lyrical credentials–yet meaningful literary references in pics are rare and should be welcomed (just like a house with a home library gives off a warm feeling). Though I can appreciate Shawn’s concerns about culture in today’s pop culture dominated society and the “dog eat dog” competitive capitalist world of the west that dumbs things down, those strong philosophical argumentative points was not enough to win me over entirely to the film. Nevertheless, I would recommend it as a curio that deserves to be seen by those starving for culture and who cannot afford to throw away any cerebral crumb that is offered, especially one offered in such an uncompromising spirit. 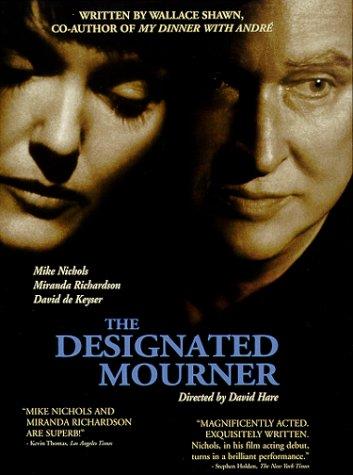