“It works as a stand-alone drama.”

Daniel Minahan (“Series 7: The Contenders”) directs the conclusion to the popular but complex TV series, which lasted for three seasons before HBO in 2006 pulled the plug on it. Since I never watched the TV series, the film made little sense (And I have no plans to watch the 13-hour series, which can be gotten on Amazon, and will have to settle for the well-made 2- hour TV movie). The movie deals with how progress affects the once lawless mining town of Deadwood in 1889, just when South Dakota becomes a state and Deadwood becomes civilized. Writer David Milch, the film’s creator is suffering currently from  Alzheimer’s Disease. But the long anticipated film that mixes a bawdy pioneer lingo in with Shakespearean English, which struck me as weird, nevertheless it works. Supposedly the fans of the series loved it, probably a lot more than me-but it works as a stand-alone drama.

The major ensemble characters that have returned include the following: the scheming profane saloon owner Al Swearingen (Ian McShane); the mostly righteous lawman and half-owner of a hotel Seth Bullock (Timothy Olyphant); the villainous wealthy businessman George Hearst (Gerald McRaney) is back for a visit to Deadwood as the California senator, who is ruthlessly trying to build there a telephone service and needs the land of the good guy Charlie Utter (Dalton Callie) to expand his empire; the fiery but changed for the better now married prostitute Trixie (Paula Malcolmson), who is still alive and pregnant after trying to kill Hearst and having her death faked; the soulful Calamity Jane (Robin Weigert) who is cussing and still mourning for the death of Wild Bill Hickok; Seth’s lover Alma (Molly Parker) returns with a grown daughter (Lily Keene) and has moved on from the married man; while Seth’s wife Martha (Anna Gunn) has settled into a having a few children and a happy marriage; and the good Doc Cochran (Brad Dourif ) is still busy at his medical practice.

In other words, life goes on with the usual mix of good and bad people and with the passing of time, the land changes with inventions and technology. 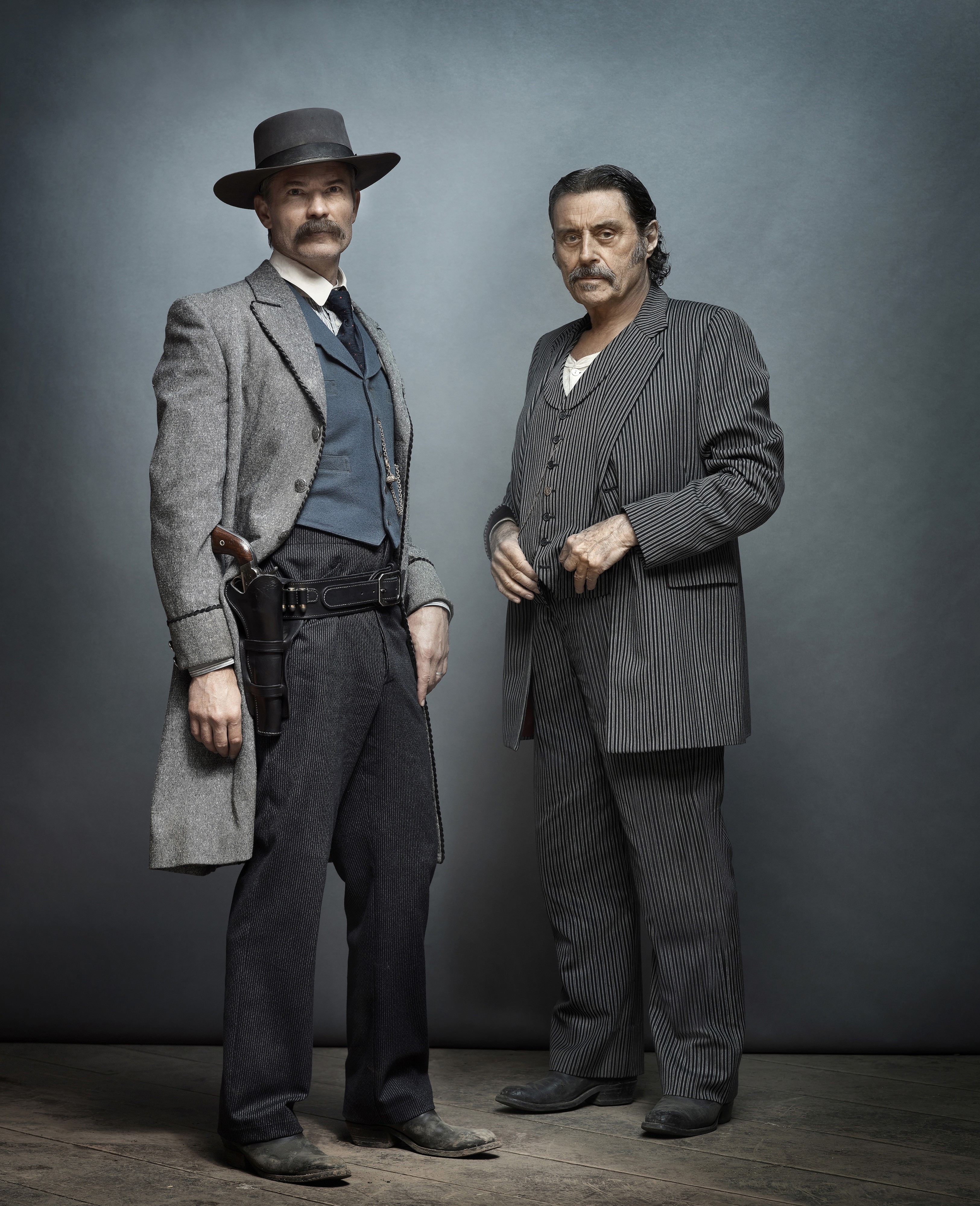