TV director Alan J. Levi awkwardly helms this confusing TV western shown on cable. The weak script was written by Jim Byrnes and David Chisholm. In 1876, in the New Mexico Territory, newly arrived homesteader Luck Hatcher (Michael Ironside) is framed for stealing a horse and his ailing wife is killed because he refused to sell his property to the land-grabber railroad baron McKay (Bruce Dern).

Many years later Luck escapes from prison and with his cohort, Bush (Vondie Curtis-Hall), pretending to be a bounty hunter, fake the death of Luck. The plan is now for Luck to ensnare McKay in a confusing con game of siphoning off his gold, with the help of many citizens of New Mexico. Meanwhile Luck’s son Tom (Keith Coulouris), who was wounded in the raid as a child, survives and changes his name to Bodine.

Bent on getting revenge, he also goes after McKay working as a deputy marshal for a straight-talking marshal (Randy Travis). Learning his father still lives, Tom gets evidence to send McKay to jail and to get his father a pardon. 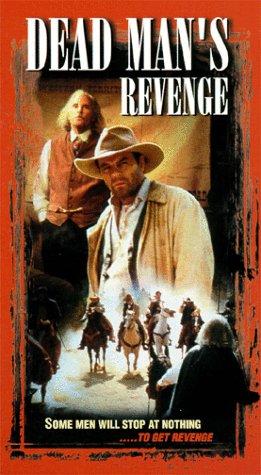