DAY THE EARTH STOOD STILL, THE

This is a well crafted sci-fi film from the 1950s, that became a cult favorite and helped generate interest in the sci-fi film as a popular genre. It had a well-intentioned liberal message in the face of the time’s McCarthy witch hunts, it only lacked an edge to its straightforward rational call for world peace and an end to the nuclear arms race.

The film will always be remembered for Patricia Neil saving the world by saying to the eight-foot metallic robot who is about to destroy the world because his master was shot by the U.S. Army, “Gort! Klaatu barada nikto.”

Michael Rennie is Klaatu, the sleekly tailored alien, dressed in a silver suit to match the color of the flying saucer, who has come from outer space to save the world from its petty strifes by delivering a pacifist message. Rennie preaches that the world is now a more dangerous place because of the Atomic-bomb and its potential to blow up the world, as Rennie is made into a refined Christ-like figure who has come 250 million miles to tell the world leaders and the renown scientists that if they can’t settle their differences on this planet his world has authorized the robots they created to act as world policemen to destroy those who can’t live in peace.

This intelligent and humanitarian film plays like a Christian allegory. Klaatu even uses the alias Mr. Carpenter, an obvious reference to Christ.

The film opens with a flying saucer landing in Washington, D.C. and Klaatu stepping outside with an offering of peace and as he reaches into his spacesuit for a gift for the President, he is shot in the shoulder by an antsy soldier. Meanwhile Gort does his thing by opening up the visor on his helmet and shooting cosmic rays at the Army tanks and bazookas, completely disintegrating them. The Defense Department didn’t like the film’s message so they failed to cooperate in the filming; but, the Washington National Guard gave its approval, so all the troops and equipment came from them.

Klaatu recovers from the gunshot in Walter Reed Hospital after the bullet is removed and by self-healing he miraculously closes the wound which startles the doctors, who realize how backward their technology is compared to the spaceman’s. When security locks him in his hospital room he easily escapes and as a fugitive ends up boarding at the wholesome Benson family’s house, living incognito. Patricia Neal is the widow Helen Benson, Billy Gray is her young son Bobby. The kid bonds with the kind-hearted alien and takes him on a tour of Washington, where they go to Arlington National Cemetery and the Lincoln Memorial and then the kid takes him to meet the smartest man in the world, Dr. Barnhardt (Jaffe). But the scientist is not home so Klaatu breaks into his home and corrects a mathematical problem the scientist is working on, and leaves a note requesting that the Einstein-like scientist meet him.

Klaatu’s request for a world meeting has already been turned down by the world leaders as being impractical. But Klaatu tells Barnhardt, that he will show the world that he means business about how important this meeting is. As a demonstration of alien power the world’s electrical power supply is shut off for a half hour, except for hospitals and airplanes in flight. But the government only becomes more hostile and when Helen’s boyfriend (Hugh Marlowe) betrays him in order to gain personal glory, the alien is shot by the military. That is when Helen, following his instructions, goes to Gort for help. Gort revives the dead alien and before Klaatu goes home to outer space he tells the scientists convened for their meeting, his urgent message of peace for the Earth or else the Earth will be destroyed.

Lock Martin played Gort. He was the 7’7” doorman employed at Grauman’s Chinese Theater who was recruited to play the robot. Bernard Herrmann’s haunting musical score aided in capturing the alien atmosphere of the story. It’s hard to argue with the rational message delivered, I just wished the film took on the politics of the scientists sleeping in the same bed with the government. They are just as much a detriment to world peace as the xenophobic media and the cowardly bunch of world leaders. Robert Wise (West Side Story) should be credited with another great film in his long and distinguished career. 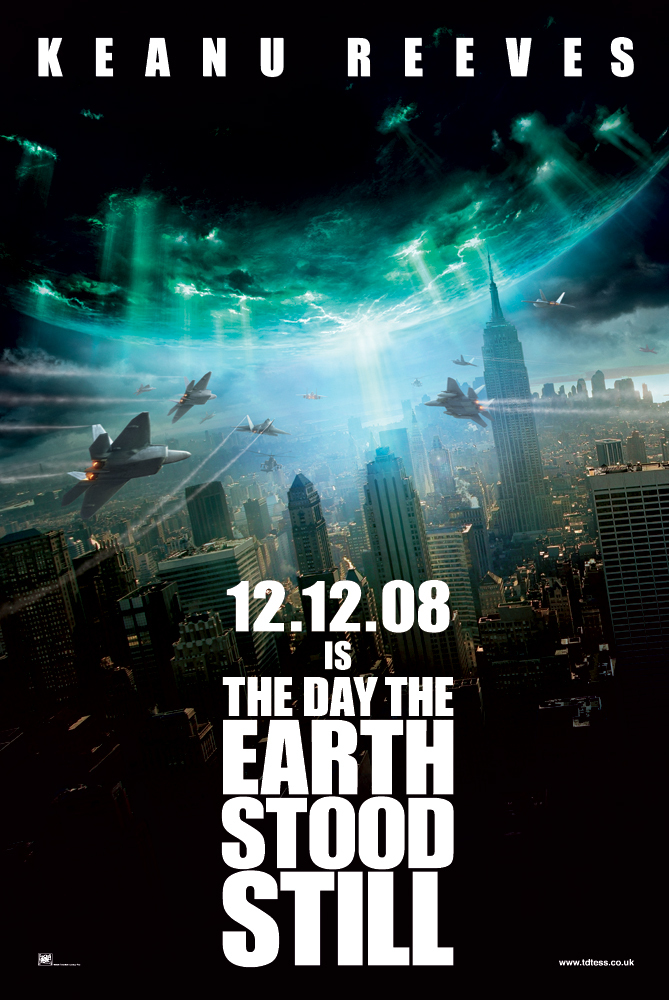