“Though it’s uneven in its execution, its informative narrative however has an impact and is worth seeing.”

Shot like a political thriller, this documentary serves as an expose of how political campaigns are being funded with little or no disclosure of where the money is coming from. It’s adroitly directed by Kimberly Reed (“Prodigal Sons”), who co-writes it with Jay Arthur Sterrenberg. Montana is used as the microcosm of a dubious Supreme Court’s Citizen United ruling on U.S. democracy that favors corporations. The 2010 ruling is applicable to the entire nation at a time when moneyed interests seem to be coming down hard on citizens’ rights and welfare. Though it’s uneven in its execution, its informative narrative however has an impact and is worth seeing. The film uses interviews of all the party’s concerned as it traces political corruption in Montana back to the early 1900s.

That corruption over unregulated environmental issues created a voter backlash against the state’s major copper-mining company most responsible for the corruption and as a result that brought about strict controls of campaign contributions and spending and environmental changes. The toxic forms of strip-mined landscapes and wide-ranging pollution, made the sparsely populated state with a natural beauty and many natural resources a place the big corporations greedily exploited. To combat these environmental crimes the citizens of Montana argued that they wanted a “citizen legislature” of representatives who, while in office, held onto their day jobs and would be resistant to lobbyist bribes because the state’s political finance rules were so tight. But the Supreme Court ruling creating “corporate personhood” and allowed, in the name of “free speech,” unlimited political contributions without donor transparency. That ruling changed things for the worse.

This immediately brought on political attack campaigning and an overwhelming of the public with misinformation. These drives were conducted by such right-wing groups as the infamous Koch brothers.Reed’s film does a valuable public service giving vital details in the ongoing fight against the influence of these “dark money networks.”

It’s a reliable film, taking no sides, but siding with those who want to know why the courts mean so much in the direction of the country and why dark money is not something exclusive for either Democrats or Republicans. 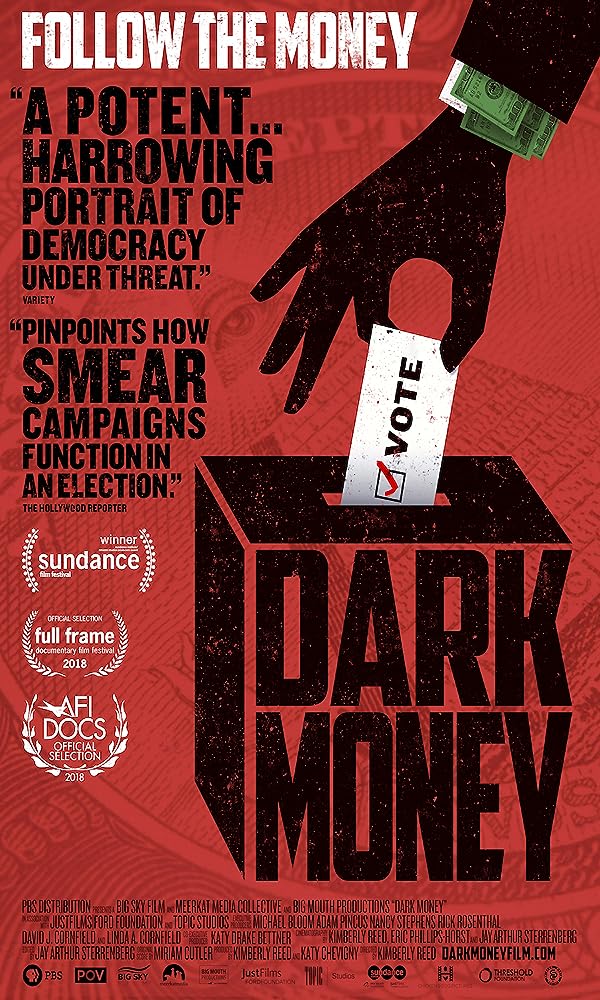