“An entertaining propaganda piece that is fitting for the wartime.”

An entertaining propaganda piece that is fitting for the wartime. This is a minor film for John Garfield, he is a far more capable actor than what this programmer allows him to do. Tired of being in such second-rate features he got Warner Brothers to release him from his exclusivity clause and from hereon only made two pics a year with them in exchange for signing an extension with no raise. Garfield made good use of that maneuver by working on some classy films at RKO and other studios. In a supporting role, the great character actor Raymond Massey has a juicy villain part as an evil psychiatrist running a Nazi spy ring. Massey was best known for playing Abraham Lincoln on stage and film. In the early 60s, he portrayed Dr. Gillespie in the Dr. Kildare TV series.

Dangerously They Live finished filming in 1941, and was crisply directed by Robert Florey. It was scripted by Marion Parsonnet from her own novel.

Jane Graystone (Coleman) leaves a NYC office building where she works at the British Export and gets into a taxi, but instead of going to Grand Central Station she’s being kidnapped. But the taxi gets into an accident and she’s transported by ambulance to the hospital under the care of intern Dr. Mike Lewis (Garfield). Jane comes down with a temporary case of amnesia, and Lewis’ boss, Dr. Murdoch, allows him to keep the case. When Jane recovers, she tells Lewis that a Nazi spy ring is after her because she’s a British intelligence officer and knows the secret route of a convoy leaving from Halifax with wartime goods for the Brits. Lewis is skeptical, but says he’ll call the FBI. Jane refuses and tells him that this is her chance to uncover the American Nazi spy ring, and that he should never leave her side while prepared to help. When a John Goodwin claims to be Jane’s father and he brings along the noted psychiatrist Dr. Ingersoll (Massey) to help her recover her memory at home, Jane insists on having Lewis also there to take care of her. Lewis is thrilled at the offer because Ingersoll was his teacher, and feels he can still learn from the gifted shrink.

The Goodwin estate is isolated in the suburbs, and is guarded like a prison. Or as Jane says, it’s like a concentration camp. Jane says they are both prisoners in danger and must find a way to escape. The butler Jarvis and the six gardeners are armed with guns, while the dour housekeeper Dawson never takes her eyes off them. They are not allowed to leave the grounds without an escort and the phones are manned by the Nazi operatives posing as operators. As the Nazi spy ring loses patience with Jane’s phony amnesia story they force her to talk by giving her a truth serum injection.

The heroics in the conclusion are clumsily done, and that brings the spy melodrama down to a pedestrian level with a routine and predictable resolution. “Danger” is also not helped by a weak script and many plot holes. But the Gothic atmosphere and the creepy performance by Massey help make a go of it. 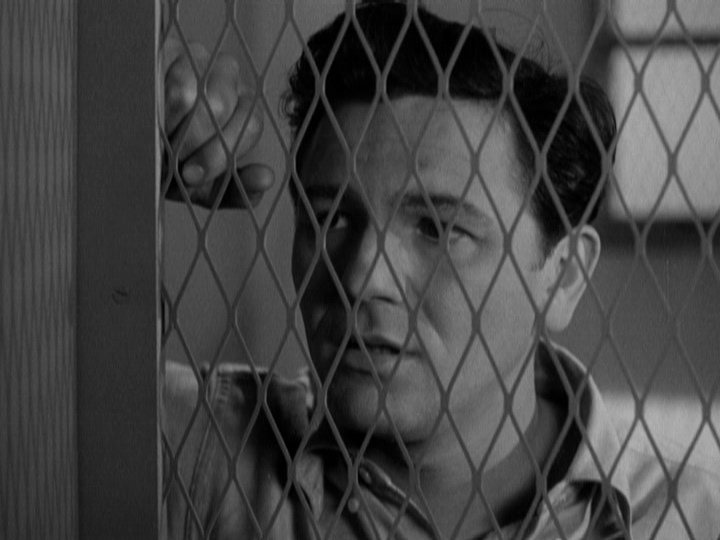