“Even if somewhat remarkable in scope as a Nazi decadence pic, it’s all so ponderous and repulsive.”

A most disturbing and unpleasant Wagnerian operatic baroque telling by Italian filmmaker Luchino Visconti (“Senso”/”Ludwig”/”Death in Venice”) of the 1930s Nazis rise in power in Germany, as seen through the eyes of the wealthy dissolute aristocratic von Essenbeck family (presumably it’s loosely based on the Krupps). They are a decadent family and fight among themselves over power and greed, even resorting to murder to achieve their malevolent aims, and eventually because of the divisions caused fall to ruin. The graphic sexual scenes include a son raping his evil mom, the brutal child molestation of a young girl and homosexual acts. It also shows the immoral family as spawning dope addicts.

The pic goes into great detail showing the ideological and economic link between the Nazis and the big capitalists, something that contributed to mass murder and wanton violence during the Third Reich. Even if somewhat remarkable in scope as a Nazi decadence pic, it’s all so ponderous and repulsive. Screenwriter Visconti based it on the story by Nicola Badalucco and Enrico Medioli.

In February 1933, powerful German steelworks and armaments industrialist Baron Joachim von Essenbeck (Albrecht Schönhals), uncommitted to the boorish Hitler, celebrates his birthday in his Ruhr mansion, with his effete musical grandson Martin (Helmut Berger), the son of his favorite dead son, performing at the party in Marlene Dietrich drag. News is also received that the Reichstag has been burned.

After the untimely death of Joachim, murdered on his birthday when his widowed daughter-in-law Sophie (Ingrid Thulin), Martin’s mom, persuades her lover Friedrich Bruckmann (Dirk Bogarde), the executive director of the steelworks, to partner with her and kill Joachim with the gun of Joachim’s liberal son-in-law, Herbert Thallman (Umberto Orsini), the vice president of the steelworks,married to Joachim’s daughter Elizabeth (Charlotte Rampling). With the aid of her son Martin, Sophie places Friedrich at the head of the firm and makes life uncomfortable for the Thallmans in the Nazi regime.

Visconti’s inability to keep a focus on what he was trying to highlight and his failure to make his scenes lucid greatly diminishes the hysterical soap opera epic, a debased film that evokes the lurid in the Germany of 1933 and 1934. For all its provocations, it failed to connect emotionally with this viewer due to all the wooden performances and overload of outrages and the trouble I had following the confusing plot.

If it’s a failure (I don’t believe it’s a complete failure), at least it put up a good fight to be an example of excessive film-making that is so dense it becomes impenetrable and controversial and even provocative. It’s perhaps a wannabe MacBeth, that needed a Shakespeare for something more lyrical and instead has to settle for a persistent and plodding Visconti to create a difficult film to like but one that makes for hypnotic viewing. 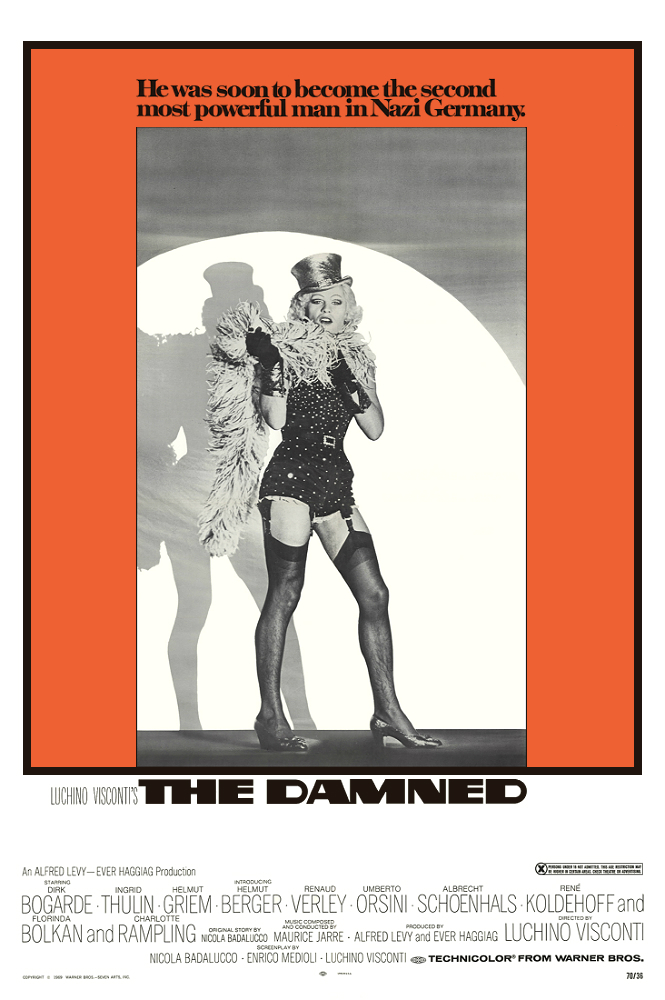 DAUGHTER OF DAWN, THE