DADDY LONGLEGS (aka: GO GET SOME ROSEMARY)

An indie bittersweet comedy gem written and directed by the twentysomething NYC brother filmmakers Josh and Benny Safdie (“The Pleasure of Being Robbed”). It’s a quirky autobiographical fairy tale about growing up with an irresponsible clownish father who is still a child at heart, has a knack for screwing up, being self-absorbed and for being the poster child for bad parenting even though meaning well– in his own way–for the kids. It’s shot with a handheld camera, that has its eyes always on the kooky dad and his caffeinated antics, perhaps viewing him as his kids would.

The divorced, talkative, nebbish 34-year-old Lenny (Ronald Bronstein) is a movie projectionist who every year has two weeks custody of his sons Sage (Sage Ranaldo), 9, and Frey (Frey Ranaldo), 7, (sons of Sonic Youth guitarist Lee Ranaldo). Lenny keeps them in his cramped Manhattan studio apartment and cares for them even while working. This fall visit includes a surprise trip to upstate New York with strangers that turns into a nightmare, dad cursing out the kids’ principal, doping the kids that causes them to go into a coma for a few days, getting caught by the police spray-painting graffiti on a building, making a barroom pickup, irritating the boss when he takes the kids to the theater and they let loose thousands of Xeroxed copies of a comic strip on the premises, thoughtlessly sending the kids alone to the supermarket to buy some rosemary and other groceries, a trip to the Museum of Natural History that causes dad to hallucinate about mosquitoes, and a preoccupied Lenny walking down the street with his arms full with packages and a couple of dripping ice cream cones in hand and getting stuck-up by a gun-toting panhandler (Abel Ferrara, director).

Lenny goes from one crisis to another, with no let up. Though he’s no great parent, he’s so playful that he gets over as a dad you can maybe excuse for his faults (that is, if you survive his mistakes). When called-out for being a fuck-up, he can only tell his ex-wife (Leah Singer) by phone: “This is my screw-up! I’m entitled to screw up in my two weeks!”

The personal Super 16mm shot film is a winner mainly on the enjoyable and loopy improv manic performance by Bronstein (a mumblecore writer-director, who shot the even more vexing film on misery called Frownland-2007). 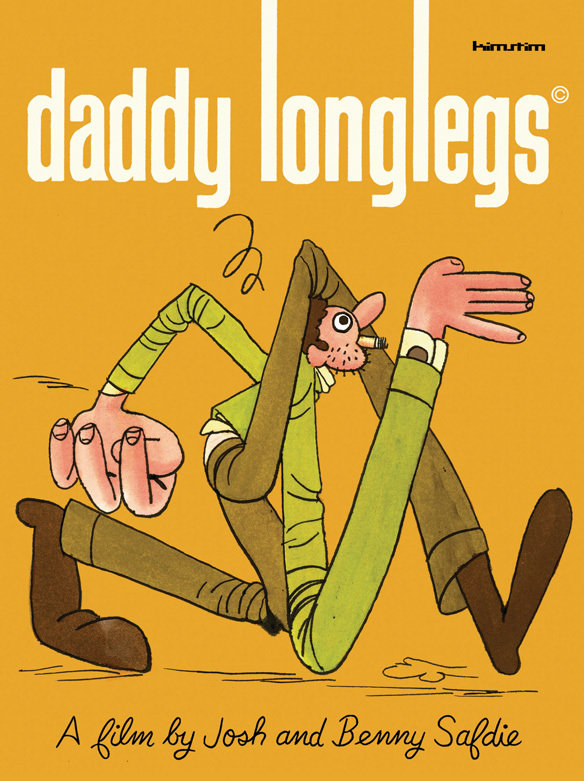