“It might not be as funny or great as the original Chevy Chase films, but it’s OK.”


The comedy crime thriller pays homage to the rebellious and unconventional sleuth Fletch, iconically played with physical humor by Chevy Chase, who launched the Fletch character from Gregory Mcdonald’s 1974 best-selling paperback. The shaggy comedy writer-director Greg Mottola (“Superbad”/”Paul”) and co-writer Zev Borow offer a reboot of Michael Ritchie’s 1985 film and of the Fletch Lives film in the 1989 follow-up. The latter film relates more to this film than the other.

In this version of Fletch, the Chevy role is taken over by the 51-year-old John Hamm, who is no comedian and lays on us an affable presence of him calmly chilling out while on a case.

Fletch is no longer an investigative journalist, but is in the process of researching a book on a painter of Old West subjects.

He’s also in a new romance with the attractive Andi (Lorenza Izzo). Her father is a count, who has a tremendous art collection. The Count is kidnapped and the kidnappers want as ransom a valued Picasso. Unfortunately that painting was burgled.

Fletch asks the eccentric germophobic American professor and art dealer Ronald Horan (Kyle MacLachlan) to see if he can help him recover the stolen painting. In Boston, Fletch finds a woman corpse in the house Andi rented for him, and calls the police. He tells the skeptical investigating detectives (Roy Wood Jr. and Ayden Mayeri) he believes he’s being framed for the murder, and when they don’t respond favorably decides to investigate the murder on his own.

His stoned neighbor at the rental of the luxury townhouse apartment, Eve (Annie Mumolo), tells him gossip about the corpse. Fletch also meets his world-weary former editor Frank (John Slattery). Soon Andi’s seductive gold-digger step-mom, the Countess (Marcia Gay Harden), shows up and informs Fletch she believes her husband has already been killed.

It might not be as funny or great as the original Chevy Chase films, but it’s OK. 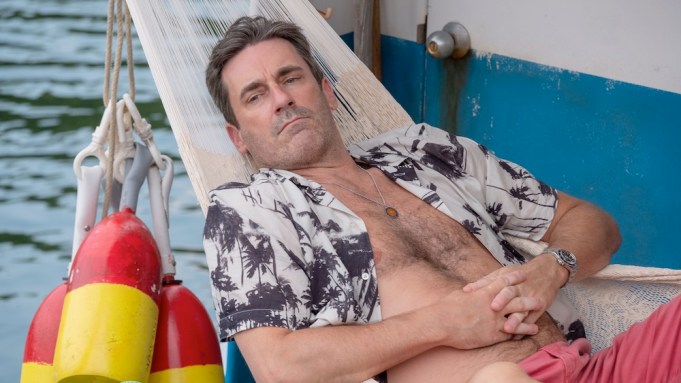 MARRIAGE OF THE BLESSED