This is the final gloomy film in the trilogy by Portuguese director Pedro Costa (“In Vanda’s Room”/”Ossos”), a minimalist pic shot on digital video, on the impoverished life of a group of slum dwellers in Lisbon’s Fontáinhas (an area inhabited by immigrants from Cape Verde), a section now mostly demolished to give way to low-income public housing.

It’s aesthetically pleasing, but lacks entertainment value. A relentless downer docudrama on the lives of the poor marginalized slum residents. The local non-professionals give sleep-walking performances, reading their lines as if zombies. The plotless pic focuses on Ventura, the grey-haired elderly senile father of Vanda, who apparently doesn’t realize his wife, his daughter Vanda’s mother, is dead, and passes his days reaching out to neighbors he considers part of his family for understanding and human contact.

Through Ventura it’s traced how he in 1972 came with his extended family to live in the Lisbon slum from his family’s hometown of Cape Verde and worked hard all his life to support his family through his low-paying job as a construction laborer. Since Ventura is often confused, the pic plays out as a sad and at times funny ghost story, as the docile old man, relocating from the slum at Fontáinhas to public housing, relates his feelings of alienation and abandonment and we observe him meet his neighbors in such places as alleyways to briefly chat and visit his daughter Vanda in her basement public housing flat. Vanda suffers from an acute case of asthma and is worried she will not live long enough to raise her cute daughter. She relates that for the last two years the methadone program lured her off her heroin addiction and made her impoverished life a little brighter.

Not meant to be insightful, to ennoble misery or merely be a purgatorial look at the unfortunates, Costa’s mixture of fiction and non-fiction simply wants to present these poor souls, Lisbon’s invisible people, with dignity and give them a human face and show that they also are capable of healthy yearnings, beautiful dreams and of love. In that limited aim Costa succeeds, in a misunderstood pic that’s only for a limited arthouse audience willing to relate to the unpleasant rigorous methods of the uncompromising director who views this slow moving and non-narrative way of filming as the best chance to fully see how these desperate slum-dwellers live their everyday lives. Costa does it without manufacturing Hollywood props, but by just letting his camera blend into the daily life scenes. It might even be a great film, if one can get by the tedium, the awkwardness of the mis-en-scene and vagueness of the storytelling. 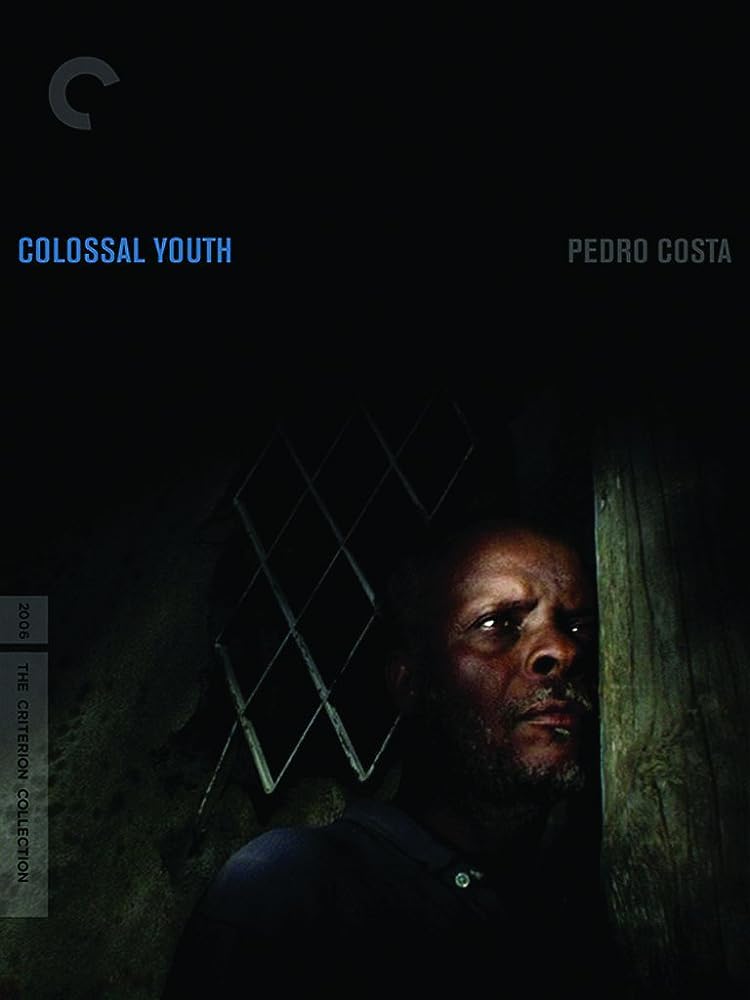