Who is the 40-year-old Spaniard horror maven Nacho Vigalondo (“Open Windows”/”Timecrimes”) cleverly tries his hand with a low-budget rom-com satirical look at a Godzilla-like monster on the loose in Seoul, Korea, who is strangely aping the gyrations of the thirtysomething New York blogger and party girl Gloria (Anne Hathaway) who is doing it from her childhood hometown.

The film opens with a little girl in Seoul clutching her doll while an enormous monster terrorizes her home town. It’s now 25 years later when Gloria stays out all night before returning to her Manhattan loft residence, where she lives with her irate buttoned-up boyfriend Tim (Dan Stevens). He promptly kicks her out of his loft for her infidelities. To get herself together, Gloria returns to her rural hometown in New Jersey and moves into her childhood home her deceased parents left her. She reconnects with a childhood friend who still has a crush on her even after not seeing her for these many years, the single overbearing bar owner Oscar (Jason Sudeikis), something inherited from his deceased dad. Oscar gives her a waitress job and brings gifts of a TV and furniture to her bare house, and becomes her protector while introducing her to his two friends Garth (Tim Blake Nelson) and Joel (Austin Stowell). After returning home from a night of drinking with her new crew, she learns on the Internet news that a giant Godzilla-like monster is frightening folks in Seoul, South Korea. How this connects with her is magically plugged into the script in an acceptable way for the viewer who can appreciate fantasy movies and those willing to allow for double-meanings (like soul and Seoul) to be the hallmark of the story. As Gloria tries to deal with her inner demons and relationships, the film is both funny and strange. But it’s not funny when Koreans are crushed to death by the monster, aping the gyrations of Oscar.

The indie is a part monster story and a part character study, and both stories blend in well as a whole if you go along with the hokum. But the metaphors used to analyze the soul of a beautiful but vapid 30-year-old woman are just too much, it’s like using a boulder to kill an ant. 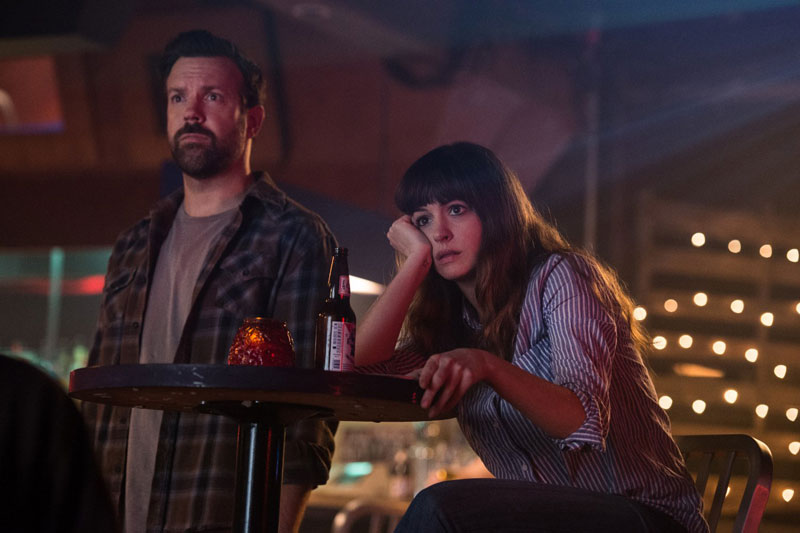