“It gives us a dramatic historical moment that’s visually recorded on the final moments of an independent, democratic Hong Kong.”

The Chinese artist/activist born in Beijing, living now in the UK after living since 2015 in Berlin, turned director of documentaries, Ai Weiwei (“Human Flow”/”So Sorry”), filmed in February 2019 the bloody pro-democracy street protests in Hong Kong of hundreds of thousands marching after the pro-Chinese Hong Kong government proposed a bill (Fugitive Offenders amendment bill) that would have allowed the extradition of criminal suspects from Hong Kong to face trial in mainland China.

The stunning visual doc captures the street demonstrations, the police suppression and the violence, along with key events in the protest movement such as the multi-day siege of Hong Kong Polytechnic University. There are also interviews with the citizens of Hong Kong that include activists, protestors, pro-democracy politicians, ordinary HK folks as eyewitnesses, and policemen involved in the street demonstrations, legislators, and lawyers. They articulate what the perils of reducing freedoms in the rule of law will mean for HK’s future.

The event is an important one in history. The intense film gives us a dramatic historical moment that’s visually recorded at the final moments of an independent, democratic HK. On June 30, 2020, China imposed the National Security Law in HK, effectively ending HK’s judicial and political independence and placing the city firmly under Beijing’s control. This signals the end of “one country, two systems”.

The film tells us the mainland Chinese government looks upon the Hong Kongers as cockroaches. That it captures history so closely, makes the eyewitness political film more important as visual spectacle than in being versed on the issues. 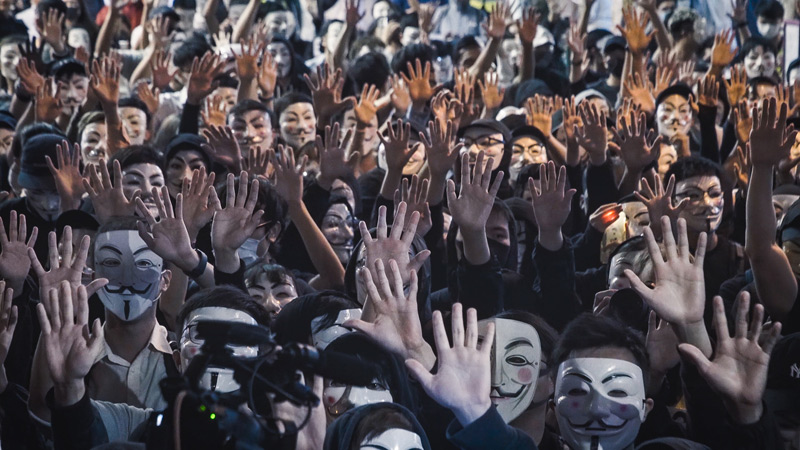