“All I could honestly say, is that I enjoyed it.”

An office worker is choked to death with a piece of string by a guy in a red ski mask, who steals the chain letter his victim is carrying. What then transpires is a wacky and I do mean wacky story, not unlike a conspiracy theory. It offers comments on violence, sibling rivalries, paranoia, on both heterosexual-and-gay relationships, and reasons why we shouldn’t trust our government. It uses the example of how the government lied about the Agent Orange use on our soldiers during the Vietnam War, and how it has secret projects that it uses on the unsuspecting public to do its unsavory experiments on. These letters interconnect with the lives of nine diverse characters, who somehow or other connect with each other.

This is a Mark Rappaport film so if you are expecting to see a conventional film, you have walked into the wrong theater. His tongue-in-cheek humor is as always, delightfully absurd. All nine characters play co-starring roles, with no one dominating the film. And it works, in an odd sort of way, making the characters seem connected to each other from the opening strangulation scene until the last scene. There is no mention ever made in the movie again of the opening murder, which didn’t surprise me.

This is a film about troubled characters and a chance for Rappaport to exhibit his weird humor, and not tell a mystery story. Each character is a neurotic. They appear in short skits trying to relate to each other in bursts of NYC energy, spewing out lame jokes and theories, self-absorbed with their own neurotic tendencies. Many of them are hungering for sex and violence, and answers to puzzles that they may not even be working on.

Paul (Mark) is seen at a wall map, discussing with Beth (Randy) a WW 11 movie he saw, stating how he agrees with the inferences he drew from the film, believing everything is planned out in life by a series of dots and life is simple if we can just understand the plan. Everything we want is right under our noses, as it should have been for the Nazi general depicted in the film he saw last night. Paul plays the part of a guy with a screw loose after his Vietnam War days, who likes to fuck women and play out his paranoia until it is real. Beth thrives on sex. She is also seeing Paul’s brother Phil (David), who is a college teacher. In the lecture she attends, he expounds about sharks who have within them eggs called ovaphagos, which devour their own brothers in the womb. Paul is also screwing Evelyn (Joan); she in contrast to Paul, sees life as a river flowing in muddied water.

On a NYC train Evelyn, who works in an architect’s office, is leered at by Steve (Dan). He is in the business of producing high tech security products. Greg (Reed) is also aboard the same train car. He is gay but he also services ladies, and is not known to Steve. He is the paid stud for Steve’s ex-wife Eva (Ellen), who is concerned about aging. She works as a research scientist and has previously dated Phil. Her interest in Phil is rekindled through the chain letter received. Eva and Beth are sisters. Greg, through the courtesy of the chain letter, makes contact with Phil telling him that he knows he secretly wants to have a gay affair, which Phil acknowledges. He is just wondering how Greg detected that about him, since he believes that he has so carefully disguised that about himself.

Steve meets a former ‘soap’ teenage star, Tracy (Marilyn), in the supermarket. She is living with the macho, gun-toting, black motorcycle jacketed, Rick (Robert). He looks like Greg and by coincidence, Greg has met him on the street before. Greg believes that he might be secretly gay and has struck up a friendship with him hoping they can, at least, be best friends.

Steve has sex with the outspoken Tracy and is presented with a T-shirt that matches hers, “If it isn’t stiff- it isn’t worth a fuck.” The sophisticated Steve reluctantly dons it to walk with her on the street, where he surprisingly runs into the woman he was attracted to on the subway, Evelyn. She turns out to be Tracy’s hated sister. After Tracy rips up the phone number her sister gives her, Steve takes it from her and reassembles it to call Evelyn for a date. After their date turns out to be cordial, but with no sex in the offering, they part ways with a handshake.

That should cover enough of the plot for anyone who needs to know what he is getting into before he determines if he should rent this on video. All I could honestly say, is that I enjoyed it. It was refreshing like a nice cold drink on a hot summer day. I wonder why there is not a greater market for original films like this one; after all, the plot is not completely insane! And as Paul so ably says, “Everything is a plot, it is just not clear what it is!” 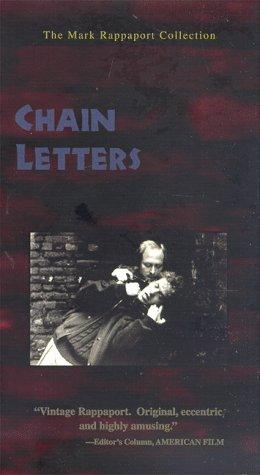