I swoon over any film where character actor Percy Helton appears (he has a cameo as a mailman who witnesses a cop killing). Henry Hathaway (“Kiss of Death”) directs this excellently crafted and touching urban crime drama that is based on a true story taken from the book by James P. McGuire. It’s shot in the style of a semidocumentary, and makes great use of its Chicago locations. Joe MacDonald’s black-and-white cinematography does wonders capturing the feel of the Polish neighborhoods where the events occurred.

Prohibition brought in a violent era in Chicago, where in 1932 there was a murder for every day of the year. One of the murders was of policeman Bundy, who was gunned down on a December afternoon while in Wanda Skutnik’s grocery store, a front for a speakeasy. The police bring in for questioning Frank Wiecek (Richard Conte) and his best friend Tomek Zaleska. They find inconsistencies in Frank’s alibi that he was baking a cake with his wife Helen at the time of the crime, and the innocent man is framed as Wanda bears false witness. Both innocents receive 99 year prison sentences.

When the editor of the Chicago Times, Brian Kelly (Lee J. Cobb), notices a classified ad in his paper offering a reward of $5,000 for information that may lead to her son’s release from his prison sentence, he assigns McNeal (James Stewart) to investigate. The skeptical reporter calls Northside 777 and discovers the woman who placed the ad is Tillie Wiecek, the mother of Frank, who has worked as a cleaning lady for the eleven years of her son’s incarceration to raise the reward money because she’s so convinced of his innocence. McNeal is impressed by her devotion and writes a human interest ‘sob story’ about her which the public takes an interest in, calling for more stories. The editor assigns McNeal to go to the state prison and talk with Frank, and from that brief chat he finds some angles to play for a possible Pardon Board hearing such as an incompetent defense lawyer, the judge’s statement that he thought Frank was innocent and only sentenced him because the jury left him no choice, and conflicting eyewitness reports.

The skeptical reporter eventually becomes a believer in Frank’s innocence the more he investigates, and becomes a crusader for Frank’s release. McNeal finds that the police are unwilling to help him free a cop killer and are unwilling to admit that they got the wrong man. But through McNeal’s relentless search for the truth justice is eventually served, as his paper sticks with the story despite pressure from the law enforcement community and he discovers a newspaper photo from a once rival paper that offers conclusive proof that Wanda is lying about the first time she saw Frank.

In the real case, the victim served 15 years before his release in 1947.

The film is cloaked in the cynical attitude of a big city newspaper, where there’s competition to sell newspapers. In what goes for a “newspaper noir” film, it is McNeal’s uncompromising challenge to the system that wins the day over the authorities who make and enforce the rules. McNeal sticks his neck out by convincing his publisher to stick with the story despite wanting to bail out before an adverse turn of events can damage his paper’s reputation. When the reporter found out the truth, his personal quest to do the right thing became bigger than making a name for himself or the business of selling newspapers.

It was well-acted and convincingly done, making for an absorbing and intelligent thriller. 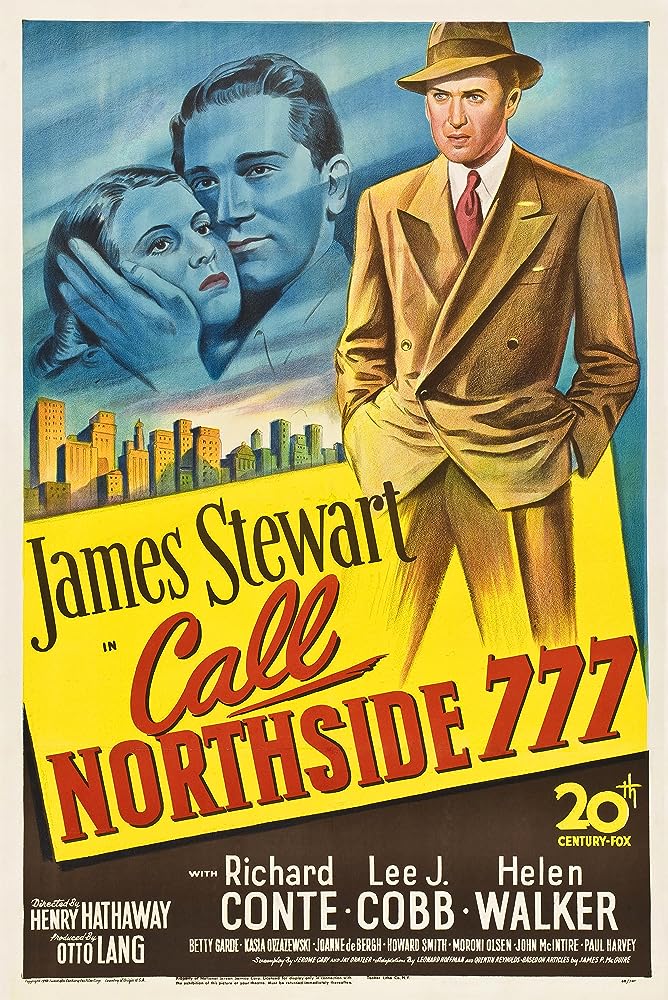