“Clumsy melodrama about the latest in Air Force long range bombers and the service men who maintain them.”

Clumsy melodrama about the latest in Air Force long range bombers and the service men who maintain them. It’s limply directed by Gordon Douglas (“Tony Rome”/”Harlow”), and is written by Irving Wallace from a novel by Sam Rolfe. The twenty year veteran Master Sgt. Chuck Brennan (Karl Malden) is considered the best chief mechanic in the Air Force. When stationed in Castle Air Force Base, in California, in 1956, his new commander is the slick womanizing flyboy Colonel Jim Herlihy (Efrem Zimbalist Jr.), someone Chuck detests from his previous experience with him. Chuck loves his job but his social climbing attractive young daughter Lois (Natalie Woods) pressures him to take a high paying executive job in private industry, believing she will meet in the business world more eligible men. But Chuck’s loyal wife Edith (Marsha Hunt) leaves all career decisions up to her hubby. Finally Chuck bows to his daughter’s wishes and tells the company commander he wants a discharge. Jim appeals to Chuck’s pride in the service and tells him of the plans to build the new B-52 bombers and that he needs experienced people like Chuck to help. Chuck sweats a lot over his decision, while Jim and Lois date. When the new bombers arrive, Chuck realizes that maintaining the planes is more important to him than coddling his daughter or receiving material rewards. If you’re a fan of aviation hardware and appreciate good aerial footage, this slight drama at least gives you that. 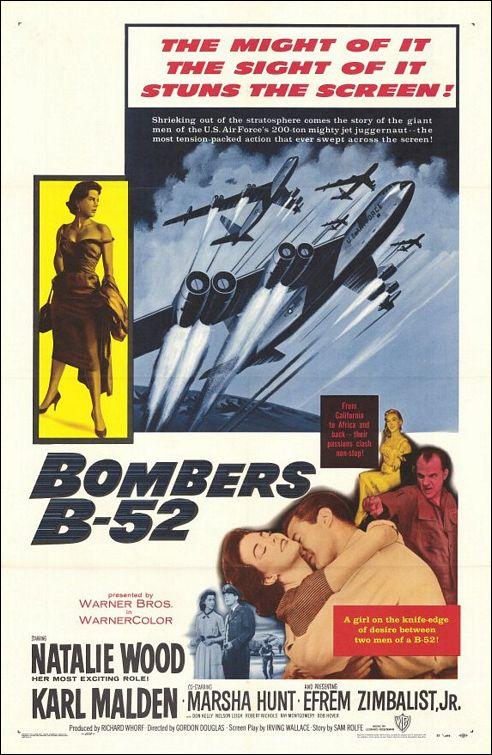