“No one does enough to overcome its formulaic crime story, its lack of gritty authenticity and its squishy inert romance.”

Michael Radford (“Another Time, Another Planet”/”White Mischief”/”Il Postino”) directs this suspense film that has its many small moments though overall it lacks the fiber to hold together as a whole, its over familiar career criminal going straight story is tedious and the headline romance of opposites is implausible. It’s based on the novel by Andrew Davies and written by Chloe King and Michael Thomas.

Alan (Jared Harris) is the soft-spoken, sensitive, geek Primary School teacher in London, who moonlights as a jazz loving DJ at night for a hospital radio program who takes pleasure playing Django Reinhardt records and waxing poetic about a life of adventure that had eluded him. The young strait-laced teacher flips out over the decadent, brassy and monkey tattooed on the shoulder sexy impulsive criminal with a good heart named Beatrice (Asia Argento, the daughter of Italian horror auteur Dario Argento). She’s someone he catches sight of in a pub and chats her up in the street, and surprisingly scores a date that leads to a hot romance. Known in the underworld as B. Monkey (her nickname derived from her ability to break into anything), she’s an armed robber who immigrated to London from Italy. She wants to go straight, but small-time underworld boss Frank Rice (Tim Woodward) refuses to let go of his grip on his best bank robber.

Beatrice’s roommate is her crime partner and criminal mentor, the dissolute jaded pothead Paul (Rupert Everett), who has just broken up with his thuggish lover Bruno (Jonathan Rhys Meyers), the getaway driver for Frank’s gang. Bruno’s an emotionally challenged lovelorn black leather jacket wearing lad, who is madly obsessed over Beatrice and tells her in all earnestness that he is willing to die for her.

When Frank’s boys come after Paul for the big money he owes them, Beatrice wings one of them in the leg and then bolts to the quiet Dales with Alan. The couple try to break with their past and see if they can make their opposite backgrounds work for a love connection in the idyllic Yorkshire country (she wants the security of his staid comfortable life and he wants a little bit of her walk on the wild side). But trouble is stirred up when her past life continues to haunt her. The morose Paul still hasn’t paid off his debt to Frank despite Beatrice laying on him a big chunk of the bread she got for her latest jewel heist, so he risks her life as he pays her a surprise visit. His visit brings Frank and the boys to Yorkshire, who are looking to take down a pathetic Paul and a rejuvenated Beatrice (who reassuringly tells the skeptical insecure Alan of her commitment to him and the quiet life: “I couldn’t be happier”).

No one does enough to overcome its formulaic crime story, its lack of gritty authenticity and its squishy inert romance. But there’s some pleasure derived from watching Alan in action as a caring teacher handling a rotten abused child in London, Beatrice’s explosive carnal nature in both sex and violence, and the reinvented settled couple taking up with fervor cricket in the Dales instead of hitting the smoky pubs in London. 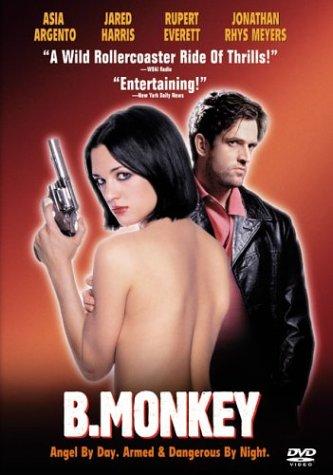