“It goes beyond the usual popcorn superhero film by being more complex, yet still keeps the winning genre formula.“

This is the first African-American superhero in American comics. The cast is mostly black. It was created by Marvel Comics in 1966 by Stan Lee and Jack Kirby months before the radical Black Panther party. Joe Robert Cole is writer, and the superhero story is co-written and directed by filmmaker Ryan Coogler (“Fruitvale Station”/”Creed”). It goes beyond the usual popcorn superhero film by being more complex, yet still keeps the winning genre formula. It wrestles with themes like the importance of identity and duty vs. conscience.After the death in a terrorist attack of his father, T’Challa (Chadwick Boseman) returns from America to his home: the isolated, secretive, technologically advanced fictional African nation of Wakanda, to take his rightful place as King. But first he must fight M’Baku (Winston Duke), the leader of the rival Jabari tribe, to become king. We learnWakander is rich with Vibranium – the mythic ‘alien’ metal that comprises Captain America’s shield. However, when a powerful old enemy Erik “Killmonger” Stevens (Michael B. Jordan) reappears, T’Challa’s rule as King is tested and he must use his Black Panther powers to survive. He also confronts the threat posed by the plunderer arms dealer Ulysses Klaue (Andy Serkis), stopped by T’Challa in South Korea, aided by a CIA operative (Martin Freeman). The war for freedom is won by use of his super-powers as the Black Panther, as he puts down the enemy and saves Wakanda and the world from such evil. It culminates in the fight for Vibranium that has T’Challa facing off with the baddy “Killmonger”, a swaggering former Navy SEAL from Oakland, California, whose father was Wakandan. Other characters of note are: T’Challa’s best friend W’Kabi (Daniel Kaluuya) and his secretive mentor, the spiritual leader Zuri (Forest Whitaker). T’Challa’s love interest, the beautiful War Dog spy Nakia (Lupito Nyong’o); his feisty little sister/gadgets guru, Shari (Letitia Wright); Queen Mother Ramonda (Angela Bassett); and Okoya (Danai Guyira), leader of his Dora Milaja security team. It’s a breakthrough “superhero” film for both black children and adults, who yearned for a long time to see a “superhero” of color they can identify with. But must importantly, it’s a terrific film. Though not a perfect film, it gets by its choppy dialogue and usual “superhero” negatives with a well-presented action pic. 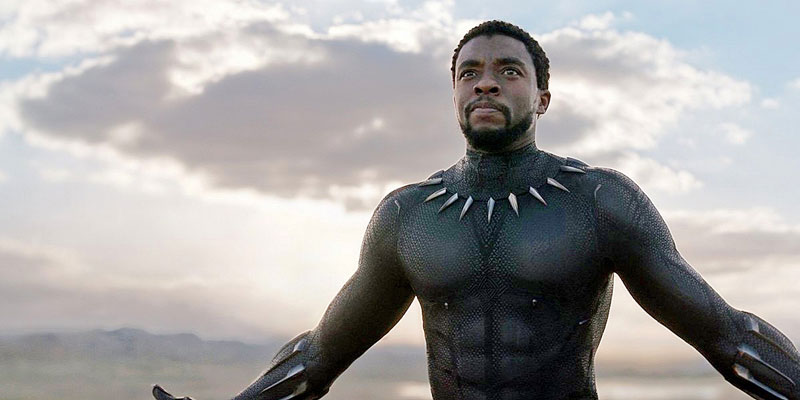 LIFE AND NOTHING MORE