“The greatest film ever made about a jazz musician.”

The Brigitte Berman (“The River of My Dreams”/”The Circle Game”) documentary on the tragic innocent figure of cornetist/pianist/composer Leon “Bix” Beiderbecke (1903-1931) is solid and edifying. It’s well-produced and inspiring. Berman evokes the 1920s Zeitgeist along with a mesmerizing jazz soundtrack, and tells with great passion the story of the great jazz man, considered the best coronet player in the world, even if he couldn’t read music. He died of alcoholism (the cause of death was listed as lobar pneumonia) at the age of 28, in Sunnyside, Queens (he moved to NYC because radio became the home of jazz during the Depression years).

The film features archival footage, photos and interviews with those in the jazz world. Also talks with old-timers who played with Bix, people from his hometown and an illuminating interview with his sister Mary Louise Shoemaker. There are audio recordings of Bix’s hero, Louis Armstrong, who died in 1971, and one where he speaks about Bix and tells how they played together once privately in Chicago (at the time, whites and blacks did not play together in public).

Berman and writer Val Ross paint a picture of Bix as a great musician but someone who did not know how to take care of himself. He grew up in an upper-middle-class white family in Davenport, Iowa, and after hearing Louis Armstrong play he knew jazz was his first love. At 20 he left home and joined a regional band called the Wolverines. In 1924 he made his first recording with them. In that same year, he joined Jean Goldkette’s celebrated Detroit-based band and stayed with the group on and off through 1927. When Goldkette had financial problems, he let Bix go. He was then hired by the Paul Whiteman Orchestra, where he occasionally did a solo..

Many aficionados (like the Film Forum’s repertory director Bruce Goldstein) consider this musical biopic the greatest film ever made about a jazz musician. It’s a hard one to track down, but the effort is worth it–though it’s a conventionally made film, I was moved by it more than from any other musical biopic.

Whatever Bix had to say, he said it through his music. 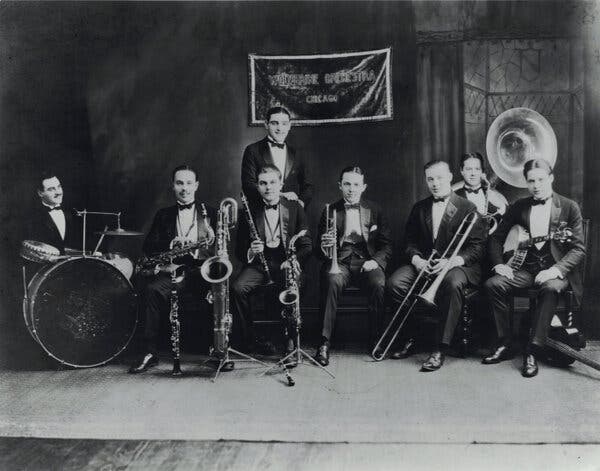 BEAST OF HOLLOW MOUNTAIN, THE

MAN FROM THE ALAMO, THE