“Intimate documentary on Bill Monroe, the legendary creator of the modern bluegrass sound.”

Steve Gebhardt’s intimate documentary on Bill Monroe, the legendary creator of the modern bluegrass sound and leader of the Blue Grass Boys (that had such stellar musicians at one time as Sonny Osborne, Bobby Hicks, Del McCoury, Chubby Wise, Earl Scruggs and Lester Flatt). Not much is made of the bitter split between Monroe and Flatt and Scruggs, who stopped talking for years after their spat. It’s an easy going informative pic loaded with archival footage, rare 1990s performances from the final days (died in 1996), interviews with music pioneer Roy Acuff, the Grateful Dead’s Jerry Garcia, Emmylou Harris and Ricky Scaggs, among many others. Doing the interview of Monroe at his farm outside of Nashville is a country friendly strumming John Hartford, who can get the laconic Monroe to only give terse replies about his memories of the old days. The film picks up when it plays excerpts from the renown Kentucky born Appalachian Mt. mandolin player’s many great songs stretching across seven decades of recordings, that include such tunes as “Uncle Pen,” Muleskinner Blues,” “Raw Hide,” “Blue Moon of Kentucky,” “Kentucky Waltz” and “Footprints in the Snow.” It tells of his early days, playing with his brothers, and his start in 1939 at the Grand Ole Opry–where the first song he sang there was “Music in the Blues.”

As Garcia says, Monroe was an important guy in 20th century music and as the father of bluegrass music, he set the formula for how it was to be played. His uniquely innovative sound (a combination of traditional Irish and Scottish ballads, a hillbilly Appalachians folk sound blending fiddle and mandolin, a gospel influence and a Deep South Blues music) from both instrument and voice that made him an international star and influenced the likes of Elvis, The Beatles and countless other musicians. It’s a must see film for bluegrass fans. 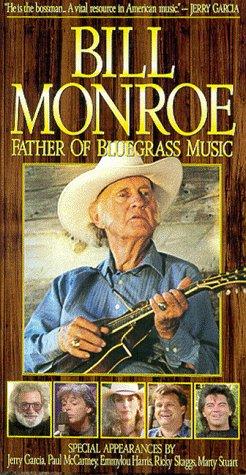 BACHELOR AND THE BOBBY-SOXER, THE