“More suited for fans of race car driving than others.”

A familiar sports type of action film about the underdog overcoming the odds to reach success. Edward Ludwig makes the best of the routine script with his crisp helmsmanship, while the acting is first-class–better than what the predictable film deserves.

Billy Coy (Mickey Rooney) is the son of the famous racing driver “Cannonball” Coy, who died crashing into the north wall at the Indianapolis 500. The cocky son is determined to follow in his father’s footsteps and arrives in California from Idaho, with his saint-like middle-aged mother Mary Coy (Spring Byington), and immediately gets hired as a mechanic by Red Stanley–his father’s mechanic. It turns out Red has a crush on Mary but hasn’t seen her for 17 years; they begin a romance that ends in marriage. Billy takes a shine to tomboy Louise Riley (Mary Hatcher), the mechanic daughter of Reno Riley (Dick Lane), who owns racing cars and has the local top rider Vic Sullivan (Michael O’Shea) as his driver. Billy quits his mechanic gig and finds some success racing at Culver City. But things sour when he’s accused of ignoring a yellow flag and thereby endangering his best friend Happy Lee (Steve Brodie), who had mechanical troubles and would die when his racing car crashed. Billy was arrested earlier in the day for driving while intoxicated, which is the same problem his dad had. Vic and the other members of the racing community are hard on Billy, accusing him of being reckless and driving like a punk. It only comes out later that Billy was trying to warn Happy that he had a problem with the wheel.

Billy splits for the east and earns a reputation as a good driver, overcoming all his pressing problems, and ends up on Memorial Day qualifying to compete in the Indianapolis 500. He rides a car owned by Red, and with his mother in the stands overcomes some mechanical difficulties to be received by the crowd as a hero for racing with good sportsmanship. Actual car racing footage was mixed into the racing scenes, giving it a look of authenticity.

This one is more suited for fans of race car driving than others; it’s at best bearable. 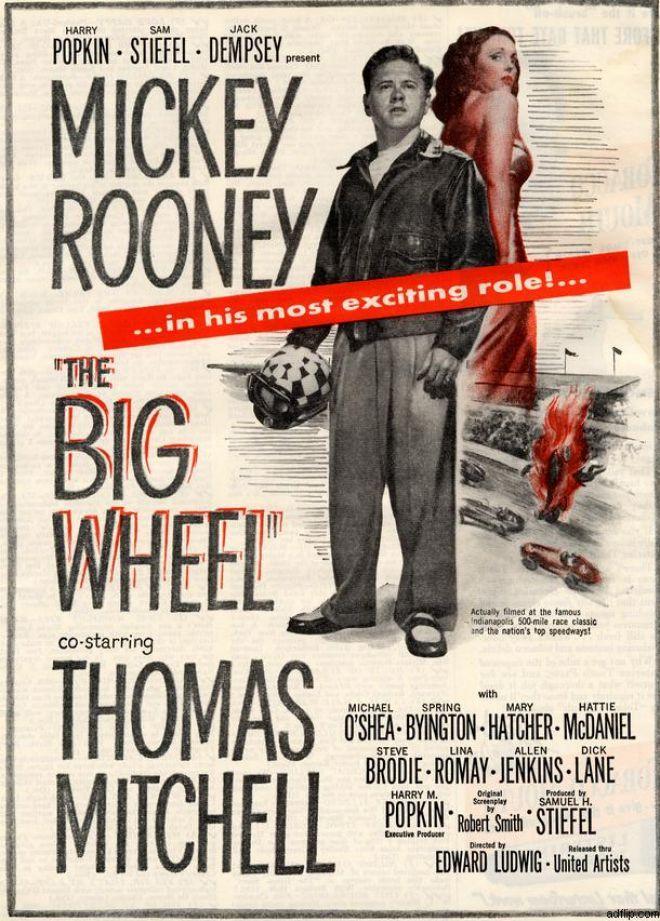