Seven thirtysomething friends from their University of Michigan student days are reunited for a weekend to attend the funeral of their suicide friend Alex. The corpse was played by Kevin Costner, but his part was cut and remains unseen. Alex killed himself, without ever saying why, in the bathtub of the country South Carolina antebellum mansion of Harold (Kevin Kline) and SarahCooper(Glenn Close), where the hippie Alex was staying with his wide-eyed innocent nimble younger girlfriend Chloe (Meg Tilly). Harold is the owner of a successful shoe-retailing company and Sarah is a physician, and it’s in their house the mourners are staying at for the funeral. The others attending are the recently divorced big-time TV star Sam Weber (Tom Berenger), smarmy journalist for People magazine Michael (Jeff Goldblum), once idealistic defense attorney Meg (Mary Kay Place) who is now a real-estate attorney and worried that she’s single and time is running out for her to have a baby, a disgruntled Vietnam veteran named Nick (William Hurt) who once had success as a psychologist on a West Coast radio call-in show but who now is hooked on drugs and is aimless, and the bored suburban housewife Karen (JoBeth Williams) faking happiness while married to dull wealthy businessman Richard (Don Galloway)–a stranger to this group.

It taps into the baby boomer zeitgeist of being politically radical during their student days in the 1960s but ten years later finding themselves haunted by the passing of time and that most of them have lost their idealism to become part of the establishment. They smoke weed, shoot the breeze, catch up with each other after losing contact through the years, confess their failures, vent about time flying by and pair off with each other in surprise pairings. Basically, they are survivors who are asking themselves –What happened to them?

There’s a kickass rock soundtrack that does justice to the best 1960’s sounds. It all looks and sounds good, but I was left feeling a bit chilly that it led nowhere and all the characters were so self-absorbed and hard to sympathize with. All it tried to uncover was that not everything these children of privilege wanted is possible and that not every ideal they believed in is now what they believe in, which really doesn’t tell me much about anything but how superficial they are. 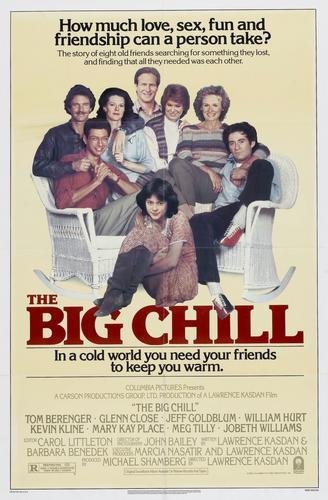