“More interesting as a reflection of what passed as a great romantic melodrama than it is as actually a great classic.”

A lost Rudolph Valentino and Gloria Swanson silent treasure found in 2003 by the Nederlands Filmmuseum and restored, with Milestone Films releasing it. More interesting as a reflection of what passed as a great romantic melodrama than it is as actually a great classic. But it was fascinating to watch Valentino and Swanson, two of the biggest stars of the silents work together for their only time in this overbaked, ridiculous and dated sudser, with the Latin lover declaring his love for the married Swanson character in the most laughable and corny way (it makes you wonder what they were thinking back then). Nevertheless, discounting the absurd script based on the risqué (at the time, but also highly moralistic) novel by Elinor Glyn, the stars give larger-than-life performances. So-so director Sam Wood (“Our Town”) keeps the fanciful story boiling over with rescues, cutesy forbidden lover meetings and noble gestures in the name of love.

Under pressure from family members to marry rich so her impoverished retired Dorset sea captain father (Alec B. Francis), someone she dearly loves, can come into a marriage settlement and live comfortably, teenager Theodora Fitzgerald (Gloria Swanson) marries Josiah Brown (Robert Bolder), an elderly unattractive self-made man of considerable wealth. On her honeymoon to the Swiss Alps, Theodora slips over a precipice during a climb and is rescued by the handsome youthful Lord Hector Bracondale (Rudolph Valentino), an acquaintance of her father who rescued her from drowning when she fell overboard while rowing some time before in Dorset. They fall madly in love and he trails her party to Paris, where he declares his love for her in Versailles, but she refuses to break her marriage vow. Back in England, they meet in the country estate in Beachleigh of Lady Anningford (June Elvidge). While Josiah is promised a knighthood by adventurer Lionel Grey if he finances an archaeological dig in North Africa, Hector unexpectedly shows his face after promising he won’t and courts Theodora. Josiah gets called away to London to complete the final arrangements for the couple’s love nest and Theodora splits after performing in a Pageant play, afraid she won’t be able to resist Hector’s advances anymore. When the jealous Morella Winmarleigh (Gertrude Astor), Hector’s would-be wife, sniffs out her man’s interest in the married woman, she redirects to Josiah the love letter Theodora sent to Hector. On it Theodora declared her love for Hector, but also said she couldn’t cheat on hubby and this was a farewell letter. Josiah reacts at first with anger then decides to go on the dangerous expedition, where there are known bandits, as a self-sacrifice to his wife in order to pave the way for the beautiful young lovers to come together.

It was entertaining, never dull and worth seeing despite, at times, being hard to keep from snickering at its silliness. 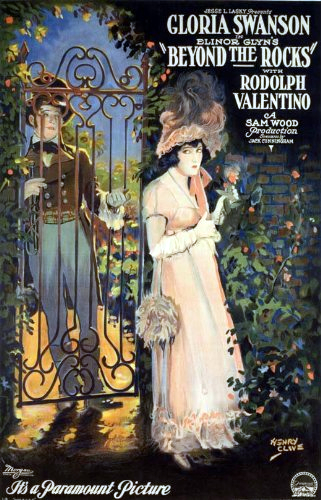