LA detective Dennis Meechum (Brian Dennehy) survives a wound in an armed robbery of the police evidence room, in which three other cops were killed, and writes a best seller about the famous unsolved incident. The burn out ex-cop is a widower who lives with his shy teenage daughter (Allison Balson). After struggling and failing seventeen years later to write a follow-up book, he has new hope. The sleazy but affable Cleve (James Woods) contacts Dennis and claims to be a former contract killer for a still living corporate homcho (Paul Shenar). After forming an untrusting partnership on the book, Cleve gives Dennis all the dirt on his hits. But Dennis wants to verify and travels with Cleve all over the country to do so.

It’s a witty character driven film, with cat-and-mouse games, a shootout, chases and many action scenes taking place in different parts of the country. The ending might be too predictable, but the film is always entertaining and has a wry humor. 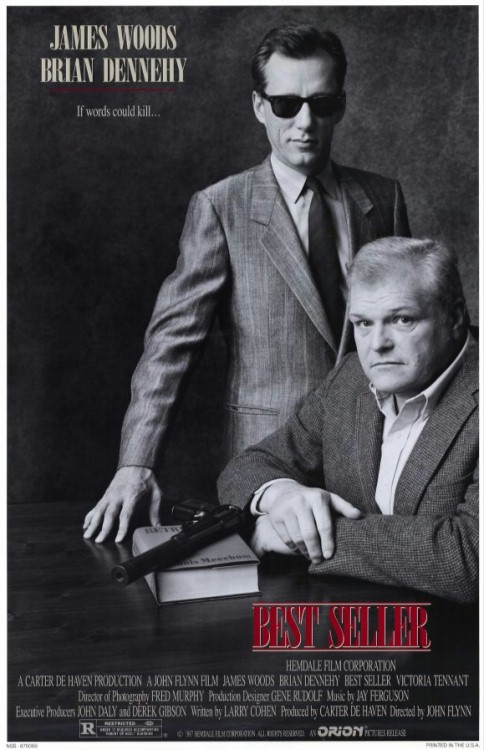