“The attempt at comedy was pathetic.”

The attempt at comedy was pathetic. The suspense story was poorly conceived. The acting was second-rate. It’s a B film programmer from the long-running Shadow series. Phil Karlson (“The Missing Lady”/”The Shanghai Cobra”/ “The Shadow Returns”) directs without caring how ridiculous it all is and George Callahan bases the screenplay from the novel by Arthur Hoerl.

The Shadow is a playful millionaire playboy and dilettante criminologist named Lamont Cranston (Kane Richmond), who loves fighting crime by donning a mask and posing as his alter ego the Shadow. Lamont is about to get married to fellow swell Margo Lane (Barbara Read), but when two people are murdered by someone posing as the Shadow he goes into action forgoing the wedding plans to the dismay of a furious Margo. Daily Bulletin newspaper columnist Jeff Mann (James Cardwell), who moonlights by blackmailing a number of criminal gangs and individuals in the city, is found murdered in his newspaper office along with a policeman in the alley below. The murders are covered up to look like natural deaths, but Lamont discovers they were killed by a needle injection that caused air bubbles. With the help of the couple’s servants, Shrevvie (George Chandler) and Jennie (Dorothea Kent), Lamont narrows the main suspects down to woman bookie Mae (Marjorie Hoshelle) and, Marty Greene (Lou Crosby), the shady owner of the Paradise Club. There’s pressure on Lamont to get the killer, as both Police Inspector Cardonna (Joseph Crehan) and Mann’s editor Brad Thomas (Robert Shayne) want the Shadow behind bars. Also, Margo is throwing temper tantrums to get him to the altar. Her jealous actions and trying to teach her servant Jenny how to act like a lady, are meant to serve as comic relief. But the only relief was when the Shadow wrapped up the case and spared us from further dialogue. 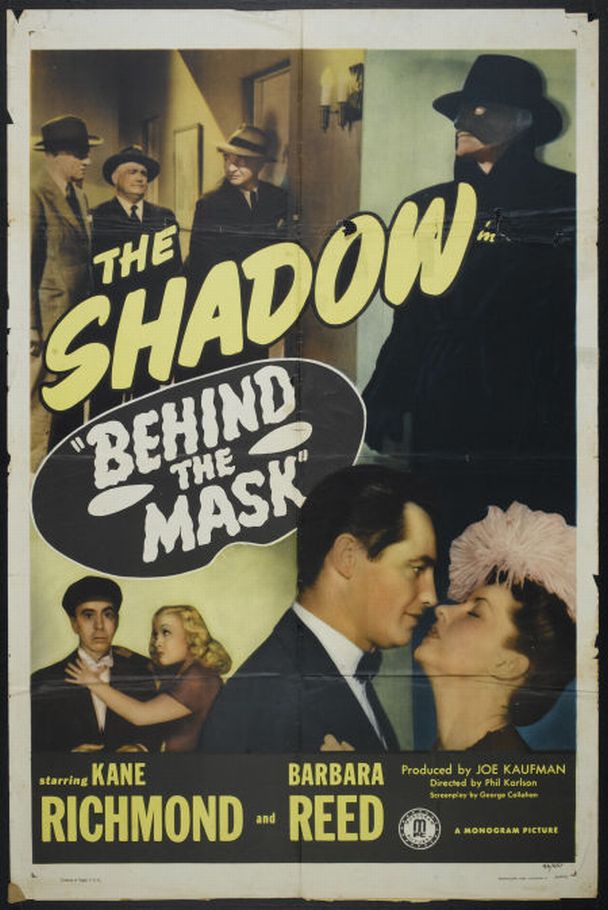