“It’s a frightfully silly and insignificant horror film, whose only virtue is in the makeup.”

It’s a frightfully silly and insignificant horror film, whose only virtue is in the makeup (courtesy of Tom Burman’s innovative prosthetic special effects, whereas the boy hero monster has his head bubble and burst as his skin pops and stretches–the film’s best highlight). The derivative horror film was modeled after Terence Fisher’s Curse of the Werewolf. The bad acting doesn’t help and the lame script by the future horror film director Tom Holland makes it at least filled with dumb fun, but it’s strictly for fans of this genre and lovers of gore fests. It’s based on the trashy novel by Edward Levy. The Aussie director Philippe Mora (“Swastika”/”Mad Dog Morgan”/”Communion “) helms this mess without being able to clean it up, though he gets an A for effort but only a C for results. This was the bad film that nevertheless brought Mora to the attention of an American audience for the first time.

In 1964 Eli and Caroline MacCleary (Ronny Cox & Bibi Besch) are on their honeymoon in the redneck town of Nioba, Mississippi, when their car breaks down in the woods and Eli goes for help and leaves his wife behind. A hairy-legged sub-human thing rapes her. We now fastforward seventeen years and the couple is living in in the college town of Jackson, Mississippi, with their 17-year-old son Michael (Paul Clemens), who is diagnosed by Dr. Odom (J. Boyce Holleman) as having a peculiar chemical imbalance where his pituitary gland has some crazy inexplicable growth patterns. The couple leave their son at home and return to Nioba to learn about the monster that attacked wifey, but Michael runs away from the hospital haunted by the past and shows up in town with the “beast within,” his cicada nature, and though he starts dining on innocents to appease his insect nature and on the Curwin clan who are the sworn enemies of his rapist dad–he still has time to grab off the prettiest gal in town to be his squeeze (Ruth Moffat). Things reach a boil when Michael turns into a monster in front of family, acquaintances, friends and foes, and he can’t help himself as he carries out his inherited killing mission.

The gruesome shocker lives and dies by its ability to shock and awe, but never gets around to the awe part while the schlocky shock part is about as culturally uplifting as the swamps of Mississippi. 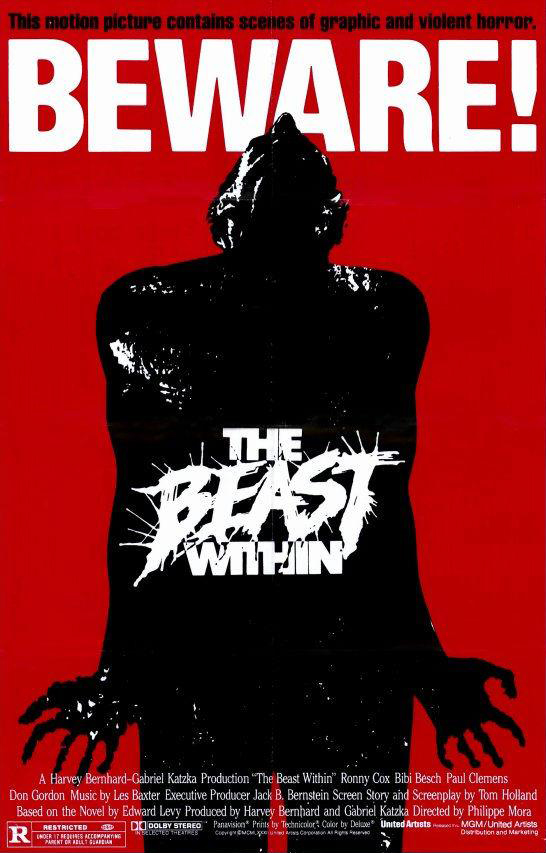