Absurd prestige western, whose muddled story doesn’t make sense. It’s based on the Jack London novel Sea Wolf. The clunker screenplay is by William Sackheim. It’s unimaginatively directed by Peter Godfrey(“Christmas in Connecticut”/”Make Your Own Bed”/”Cry Wolf”), who never gets us to believe the story could be true.

In the western frontier, some distance outside a desert town called Peaceful Haven, the snarling sadist Boss Kruger (Raymond Massey) runs a profitable gold mine with forced labor. Kruger’s three latest recruits are two fugitives from justice and a mystery well-dressed professional man. Judith Burns (Ruth Roman) broke out of an Indiana prison, and the hot-head Bob Peters (Dane Clark) escaped from jail after sentenced to a year for fighting. The third party at the mining camp is Aubrey Milburn (Robert Douglas), who came on the stage with Peters but suffered a broken ankle during a fight and has little choice but remain a kitchen worker in the mining camp. It turns out Aubrey is a lawyer who was secretly hired by Clay, the wronged nephew of Kruger’s, to get the despot to return to him the gold mine he inherited. The fugitives remain because they face a return to prison if they go back to town, and the only other way out of the camp is a long trek through the rough desert.

We’re expected to believe that Kruger’s mine is worked by a bunch of criminals and a weak drunken former corrupt judge (Morgan Farley), all of whom the madman imprisons and through a combination of threats and promises keeps them from leaving. Kruger is aided by his henchmen Benson (Walter Coy) and Kirby (Robert Griffin) in keeping the riff-raff in line.

Because they have so much in common, Judith and Peters become romantically involved. They escape through the desert but can’t make the crossing because Kruger tricked them into packing salted water in their covered wagon.

If you can believe, we are told Kruger kept the criminals working at the mine by promising them a piece of the mine and thereby expected them to fight for the mine when Kruger’s wronged nephew Clay will eventually come with his gang to reclaim the stolen mine that Kruger killed his brother for. The expected gunfight takes place at the climax and leaves the mine burned down with only Kruger left standing. After the bloody gunfight with Clay’s men, Judith and Peters return and Peters beats the resilient tyrant to death. But the couple, not career criminals, act as good citizens and bring the critically wounded Aubrey to town so the doctor can save his life. The fugitives do this act of mercy despite knowing that they will be returned to prison to serve out their sentences.

Keep in mind that Jack London knew how to tell a story and this filmmaker does not. 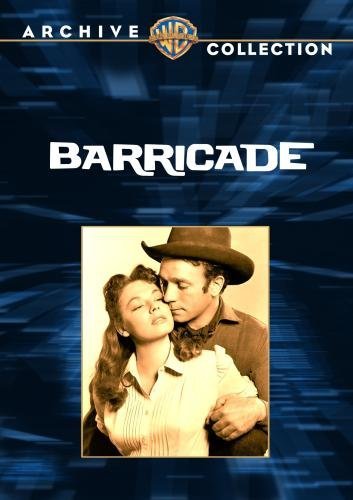