“Though predictable, it at least tries to put on a fresh face.”

It has a few bearable tunes for lovers of punk rock, a welcome cameo by David Bowie and is energetic. Co-writer (with Josh A. Cagan) and director Todd Graff (“Camp”) is far from original, as the storyline follows along the lines of the usual formulaic teen musical/romance/coming of age films–in this case the lead doofus gets the pretty gal in the end and there’s also the climactic contest performance to tie everything up in nice bows. Though predictable, it at least tries to put on a fresh face to a tiresome old feelgood story. The pic takes its leads from Disney’s “High School Musical” trilogy, therefore has no edge, is free of risky sex and drugs and cursing, and is very much parental friendly. What is does have is the usual types found in these generic modern-day teen genre flicks: nerds, jocks, thugs, pretty gals, goths and bullies.

Caring, overprotective, single mom Karen Burton (Lisa Kudrow) moves to Lodi, New Jersey (shot mostly in Austin, Texas), from Cincinnati, which makes her nerdy high school son Will (Gaelan Connell) happy because he was picked on in school by the bullies. Before you can say ‘nerds are human,’ lower classman Will is recruited to manage a rock band of nerd losers by the peppy attractive popular in-crowd senior Charlotte Banks (Aly Michalka-half of the sister duo Aly and A J), who quit as a cheerleader and who mysteriously dropped her hunky boyfriend jock singer of the Glory Dogs, Ben Wheatly (Scott Porter), to be lead singer with this rival outsider group in Martin Van Buren High School. The bands aim to compete in a high school tristate Bandslam contest.

Will, who knows a lot about vintage rock through his long-lost rock drummer dad, renames the band I Can’t Go On I’ll Go On, adds a horn and strings section and recruits a juvenile delinquent as a nasty drummer (Ryan Donowho). The timid lad, addicted to writing letters to David Bowie and to his iPod, somehow makes a connection with a withdrawn pretty classmate in Human Studies, a sullen bookworm named Sa5m (“The ‘5’ is silent”), whom we will later learn is a great singer.

The gist of the film follows Will working to overcome the grief from his past, secure the band a spot in the tristate contest, deal with the bully Ben, figure out what Charlotte is about and realize he has a soulmate in Sa5m. All the familiar ingredients blend together to shape the direction of the teen-musical film, with some twittering thrown in to show that there’s a new way to win a contest these days if the judges choose someone else. At its best, it’s a decent teen pic (it almost won me over by ending with Wilcos What Light). 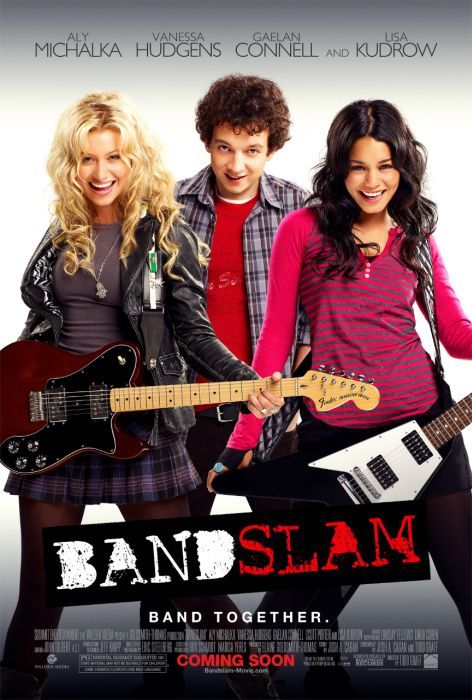