“Does a fine job subverting the Snow White and the Seven Dwarfs children’s story.”

An adult version of “Snow White and the Seven Dwarfs” legend. It’s snappily written by Charles Brackett and Billy Wilder, based on the story “From A to Z” by Mr. Wilder and Thomas Monroe. Howard Hawks (“Bringing Up Baby”) proves once again he knows how to direct a screwball comedy with panache. Barbara Stanwyck got the part originally considered for Ginger Rogers, who turned it down. It was offered to Lucille Ball, but producer Samuel Goldwyn nixed her when he found out Stanwyck was available.

Sugarpuss O’Shea (Barbara Stanwyck) is the nightclub singer and moll of gangster Joe Lilac (Dana Andrews), who has to flee town because the DA has a subpoena to bring her in for questioning involving a NYC murder her boyfriend might be involved in. Lilac’s two henchmen, Duke Pastrami (Dan Duryea) and Asthma Anderson (Ralph Peters), offer her an unappealing hiding place in a warehouse frequented by rodents. But a new opportunity knocks on her door when the sassy Sugarpuss is approached in her dressing room by a square English professor, Professor Bertram Potts (Gary Cooper), who is compiling a “dictionary of slang,” and wants to use her as a collaborator after hearing her sing “Drum Boogie.” Potts decides to leave his safe scholarly residence when garbage man (Allen Jenkins) barged into his living quarters at the Totten residence and used slang he was unfamiliar with, proving that the professor had to do his research in the field among real people. After first turning Potts down by telling him to “shove in your clutch,” Sugarpuss shows up at the residence that the young scholar shares with seven other elderly bachelor professors (Oscar Homolka, Henry Travers, S. J. Sakall, Tully Marshall, Leonid Kinskey, Richard Haydn & Aubrey Mather), all diligently working for the last nine years on the encyclopedia sponsored by the Totten Foundation, each specializing on a different subject and are up to the letter S in their A to Z coverage. After being rebuffed by Potts, Sugarpuss talks her way into staying overnight to the satisfaction of the other scholars. When Sugarpuss’ visit turns into a few days the professor gets an earful of slang and falls in love with the sexy but dizzy broad, while she stalls leaving this safe-haven until she gets word from Joe that the coast is clear before she splits. Joe decides to marry her, realizing wives can’t testify against their spouse. The problem is how to avoid the police and get to New Jersey, where the wedding is to take place with a justice of the peace. Potts talks on the phone with Lilac, who palms himself off as Sugarpuss’s father and the professor tells him that he wants to marry his daughter. Lilac agrees, but insists the ceremony be held in his NJ residence. Before Sugarpuss exits for Jersey, she has to knock out the nosy housekeeper Miss Bragg (Kathleen Howard), who reads the newspaper and knows she’s the mysterious gangster’s moll the police are looking for. The knockout was convincing, as by accident Stanwyck hit Howard in the wrong place and broke her jaw.

All eight professors and Sugarpuss drive to NJ, but get shaken up when Professor Gurkakoff (Oscar Homolka) drives off the road and hits a road sign, and they pull off to rest for the night in a bungalow rest stop. Just as Potts is kissing Sugarpuss in the dark, Joe arrives with his gang and punches him, introducing himself sarcastically as dad. Soon afterwards Miss Bragg arrives to tell Potts that he’s been made a sucker. Joe takes Sugarpuss back to get married, even though she tells him she loves the professor. To make sure the wedding isn’t interrupted, Joe sends Pastrami and Asthma to the Totten residence where they hold the professors at gunpoint. But the professor’s use their noodle and overcome the gunmen and in a farcical conclusion arrive by garbage truck just in time to prevent the wedding. The police then arrive to arrest the gang.

It plays as a meeting of the minds between the innocent high-brows and the worldly low-brows, showing each has something positive to offer. The message seems unconvincing, but the comedy is lifted from the garbage heap by Stanwyck’s brassy performance (she was nominated for a Best Actress award but lost to Joan Fontaine). Hawks also lets things get flat, as the conclusion where the gangsters get their comeuppance was stilted and not as funny as it should have been. Otherwise Hawks does a fine job subverting the Snow White and the Seven Dwarfs children’s story. 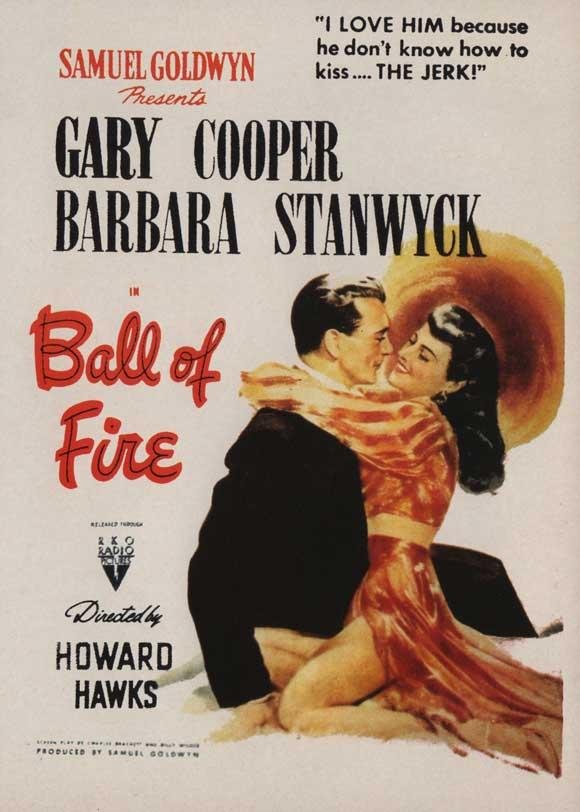 MAN FROM LONDON, THE

NIGHTMARE BEFORE CHRISTMAS, THE