“Even if it can’t match the pleasures derived from the original, at least, it doesn’t embarrass itself by going hitless.”

There was no reason to make this film since this is a remake of the successful 1976 sports comedy classic that starred Walter Matthau in the role of the drunken slob baseball coach of an inept Little League baseball team, the role played here by a perfectly cast Billy Bob Thornton. The same screenwriters from Billy Bob’s “Bad Santa,” Glenn Ficarra and John Requa, bring to this pic the same comical foul-mouthed outpourings from their profane anti-hero while keeping with the Bad News Bears serious message of helping kids learn to respect each other and themselves. Nothing fresh is delivered in this genial satire of the ‘win only ethic’ pervasive in all aspects of American life as directed by Richard Linklater (“Dazed and Confused”/”Rock School”), but even if it can’t match the pleasures derived from the original, at least, it doesn’t embarrass itself by going hitless. The only changes to keep up with the modern era are that one team member is a paraplegic in a wheelchair and the face of the team resembles the United Nations, as its ethnicity has been diversified

Morris Buttermaker (Billy Bob Thornton), sporting a salt-and-pepper goatee, is a former Big League pitcher who stayed long enough to have a cup of coffee. The middle-aged, grizzled, drunken womanizer, heavily tattooed, divorced pest controller has been hired by a vociferous single mom lawyer Liz Whitewood (Marcia Gay Harden) to coach her son’s team the Bears in California’s Southern Valley Little League. To get the team in the league she had to win a court injunction, as the League objected to their presence because they were so inept. She recruited the former Major Leaguer to win a championship against last years champs the snobbish and taunting Yankees because they make her son and his friends feel inferior, who are coached by oily-tongued car salesman, control-freak, power-orientated dad Roy Bullock (Greg Kinnear).

The film scripts its story according to the already proven formula that a curmudgeon coach can reach a bunch of athletic losers and under his odd way of teaching they improve so much during the course of the season that they gain a moral victory and feel-good about themselves again. Since the team as set is not good enough to compete, the coach gets two ringers, his streetwise pitcher estranged daughter Amanda (Sammi Kane Kraft) and the tough-guy juvenile delinquent slugger Kelly (Jeffrey Davies). They prove to be enough of an edge so the team can play the Yankees for the championship.

Billy Bob’s smoothly done laid-back but forceful performance makes the film entertaining, while the amiable and goofy kids are easy to take. I can’t find a justification for making the film since it only covers the same ground as the original, but even if it’s not fresh meat it still tastes fine even if it’s not a meal we must have. 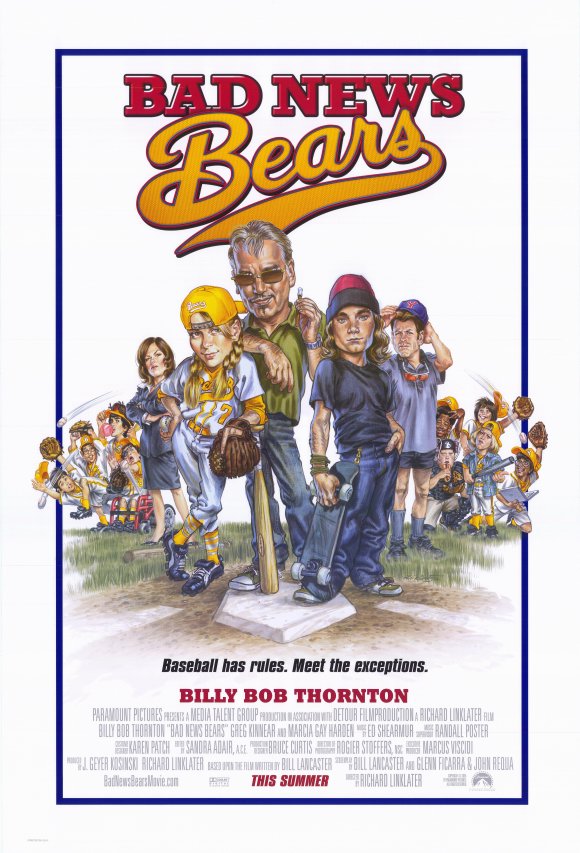