BACK TO GOD’S COUNTRY

“The wilderness scenes had a sparkle to them that gave additional life to the mundane story.”

A captivating melodrama, which was recently restored by Canadian archivists. It features a tale laced with severe Arctic weather conditions, a ferocious dog, a heartless villain and his unsympathetic compatriots, and an innocent couple who must defend themselves against all odds.

This silent film was made in 1919 because the film’s Canadian born star, Nell Shipman, liked the work of novelist James Oliver Curwood, whom she made a film with in 1916. Here, the production team of Nell, her husband Ernest, and the writer Curwood, decide to back their own film. It was filmed in Alberta, Canada, under severe conditions, which caused the leading male star, Australian actor Ronald Byram, to come down with pneumonia and die. He was replaced in the film by Wheeler Oakman, who doesn’t have much of a part as it was written out of the script.

Living in an idyllic forest setting with her father (Laidlaw), Dolores LeBeau (Shipman) meets an intellectual surveyor from the government, Peter Burke (Oakman), and falls in love with him. When Peter goes off surveying, a brutal criminal, Rydal (Playter), wanted by the Mounted Police is in the area. Rydal kills his arresting policeman, steals his uniform and tries to flee the country. But Rydal ‘s sidetracked when he sees the beautiful Dolores swimming nude in the Kern River — she actually wore a pink leotard. Rydal then tries to rape her, as his partner tries to ward off her father. But when the father kills Rydal’s henchman, Rydal pretends he’s a Mountie and arrests his father and forcefully handcuffs him. As Dolores follows, she sees Rydal throw her father off a cliff into a water falls. It is too late for Dolores to rescue him and he dies.

Back in the city for the past year, Peter and Dolores are married and are living a conventional life. But Dolores is a nature girl and yearns to be back in God’s country to be among the bears, porcupines, and the multitude of animals. Securing passage aboard a trading vessel heading for the Arctic Circle, “The Flying Moon,” she will find out, when they are on their way, that their unseen captain is Rydal. She is scared to tell Peter this, because Rydal threatens to kill him. So she decides to fend for herself against Rydal’s advances. But the crafty criminal lays a trap and drops a sail on Peter, causing him to be bed-ridden and in need of medical treatment or he will die.

They land at a trading post but it’s owned by Rydal’s accomplice, a wormy trader named Blake (Charles Arling). Blake is no poet and offers Dolores no hope. Blake tells her the nearest doctor is in Fort Confidence, miles away across the snowy wilderness of the Barrens where the temperature dips to 60 below zero. Blake also has a Great Dane, called Wapi, whom he calls a devil and constantly whips. When Dolores sees this she offers the dog her gentle, loving touch, and the dog runs away from Blake to stay with her.

When Dolores demands a dog-sled team to take her and Peter to Fort Confidence, she overhears Blake tell Rydal that he’ll send two teams: “one with the wife and the other with the husband and his men will make sure that only the woman will return — for you!” Dolores shoots Blake in the arm and escapes with her husband in a race to get to Fort Confidence before Rydal, who is in hot pursuit of them. They get unexpected help from Wapi, who saves the day and attacks Rydal’s dog team.

The most interesting shot was cameraman Joseph Walker’s double exposures in a dream sequence, which he did by taking repeated shots of the animals involved. As for Nell Shipman, she was a real nature lover and devoted her life to the Great Outdoors. The story was a conventional one of the good against the evil, but the film had a certain splendor about it that elevated its melodramatics. Also, the wilderness scenes had a sparkle to them that gave additional life to the mundane story. 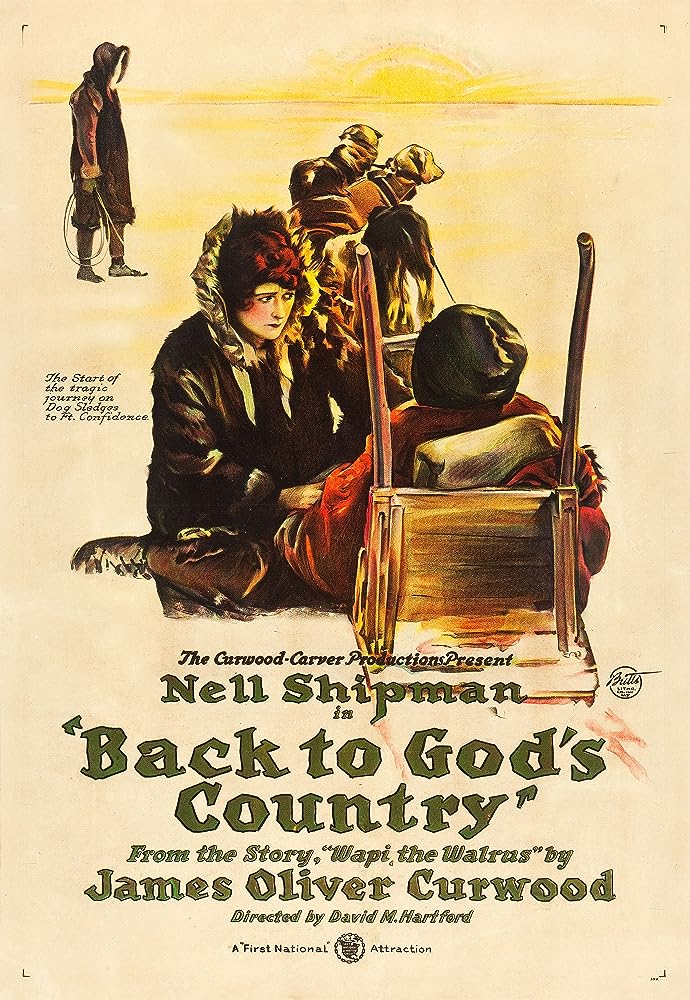 THIEVES OF THE NIGHT