The British actor (“I’m Number Four”) Alex Pettyfer stars in and makes his directing debut in this dark and twisty indie drama, set in an American rural small town. It covers the problem of child sexual abuse. The screenplay by Tawni O’Dell and Adrian Lyne was adapted from the best selling novel by Tawni O’Dell. Unfortunately it comes off better as a book than a film, as here it brings up too many lurid instances to fully delve into. The film premiered at the 2018 Tribeca Film Festival. It’s filmed like a noir thriller, as it explores the impact of family trauma.

The twenty-something Harley Altmyer (Alex Pettyfer) must care for his three younger sisters —Amber (Nicola Peltz), Misty (Chiara Aurelia), and Jody (Hala Finley)– in rural Pennsylvania after his mother Bonnie (Juliette Lewis) is imprisoned for killing his abusive father. His plans to go to college give way to him working dead-end jobs to support the family, which he has been doing for the past two years. The troublesome, angry and promiscuous 16-year-old Amber is his biggest problem. At this time Harley gets involved with the older married woman (Jennifer Morrison) who lives in the area with her husband and two young kids. The affair brings back memories from his abusive childhood, as the tortured soul shows us his pain when with his therapist.

The film is skillfully helmed. It sets up an intriguing chilly atmosphere. The performance by Lewis as the still suffering martyred mother is excellent and goes to the heart, but the performance by Peltz can’t match Lewis’ intensity. The result is a film that relies on too many shocks to keep our attention. In the end, I wasn’t convinced by all the heavy-handed melodramatics and liked it about as much as I disliked it. 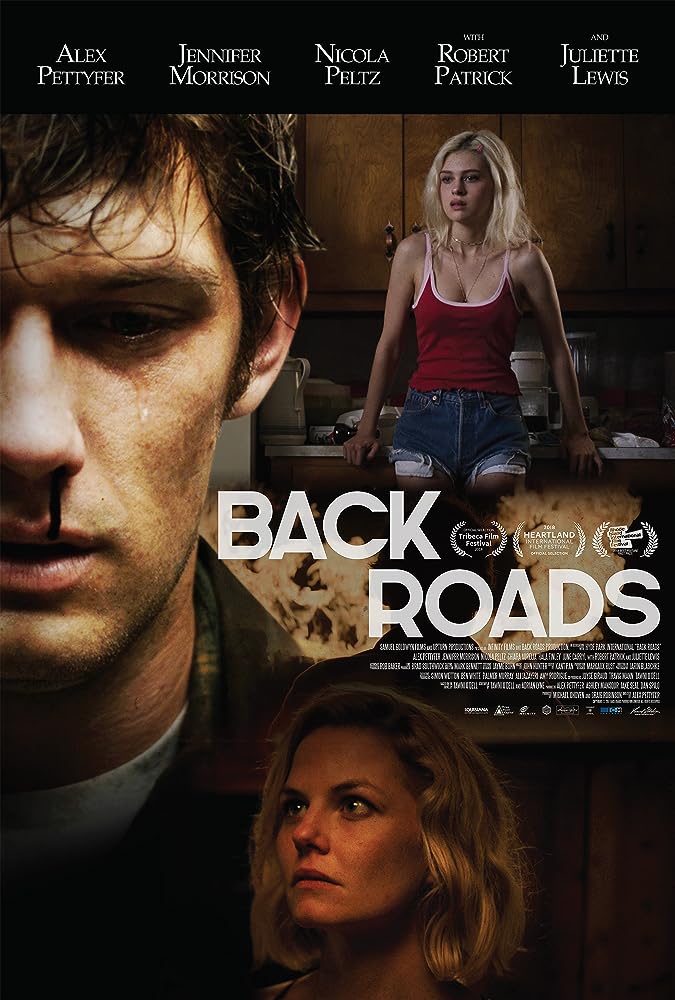