Baby Mama is poorly written and directed by Michael McCullers, the former Saturday Night Live’s writer, in his feature film directorial debut. The predictable, unimaginative and unfunny TV-like surrogate parenting comedy stars the former SNL “Weekend Update” team of Tina Fey and Amy Poehler; Fey is the current heroine on the hit TV show 30 Rock. Its lame familiar jokes are built around The Odd Couple scenario of opposites; its story of a successful high-powered 37-year-old career orientated executive, vice-president at Round Earth organic markets, Kate Holbrook (Tina Fey), from Philadelphia, who gave up family for a career but now the single yuppie wants desperately to have a baby before the biological clock stops ticking. Unable to adopt or become pregnant through artificial insemination (her gynecologist claims it’s her T-shaped uterus), she opts for a surrogate mom and pays $100,000 to the smug fiftysomething Chaffee Bicknell (Sigourney Weaver), who is pregnant and runs a center for parenting, to find her a baby mama. The choice turns out to be Angie Ostrowiski (Amy Poehler), a boorish junk food eating and cigarette smoking uneducated low-life who lives in South Philly with her loutish common-law husband Carl Loomis (Dax Shepard). Kate’s thrilled Angie’s pregnant, after having implants of her fertilized eggs. But things become upsetting six weeks later when Angie dumps Carl for womanizing and moves into Type A Kate’s swell high-rise pad and the childishly crude white-trash woman is forced to eat health food and come under the scrutiny of the uptight Kate. Meanwhile Kate keeps busy scouting new locations for a new Round Earth flagship store, and trying to charm her self-absorbed smarmy pony-tailed New Age boss, Barry (Steve Martin), who claims to be all about vibes. While on the job Kate meets and slobbers over dreamboat divorcee Rob Ackerman (Greg Kinnear), a benign thirtysomething man, who dropped his corporate law practice to own a small juice-smoothie shop in the same neighborhood she chose for the new store.

It follows the arc of your typically dull-witted TV sitcom, so that things remain trite throughout and all that stuff about class differences becomes leftovers casually thrown in the blender as a reminder that in better or more experienced hands there could have been some satiric social commentary in all the inane slapstick. It all leads, as expected, to a crowd-pleasing finale.

The supporting players are led by Romany Malco, who has a comic turn as the busybody sarcastic doorman with something outrageous to say about everything, and Holland Taylor as Fey’s suburban mother who acts as motherly as the best of ’em. The best one liner has Fey telling Poehler that Weaver is “expecting,” and she whispers under her breath, “What? A Social Security check?” 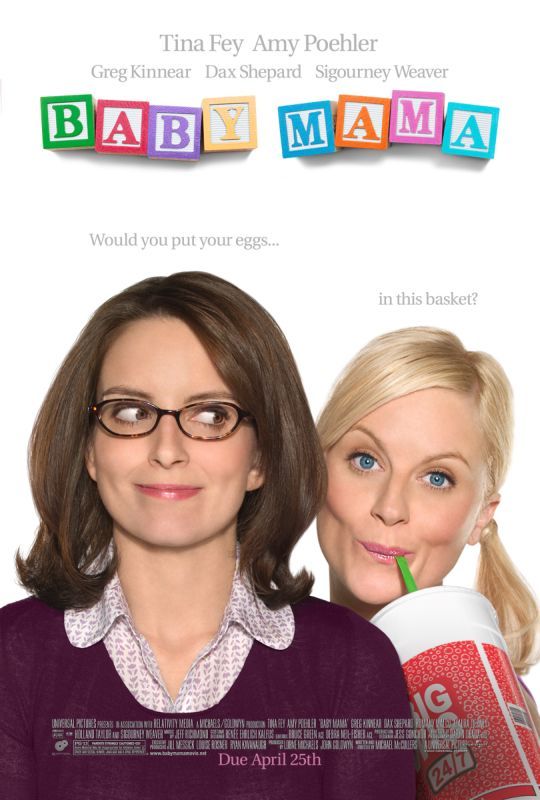