The low-budget, amateurish film is a shocker that’s crudely made (Marins’ crude images appeal to his limited cult fan base as works of uncompromised art) and seems to play on his anti-establishment stance on drugs. It’s filmed in the style of a mockumentary, as cowriten by Marins and Rubens F. Lucchetti. Marins’ name can be linked with other modern-day eccentric horror film directors such as Jean Rollin and Jesus Franco, whose odd stories also strain credibility in their supernatural themes, have graphic sex and violence, and operate on a shoe-string budget.

The nonlinear film opens as a group of crazed men sit and watch as a woman inserts a hypodermic needle in her ankle and then strips down to her bra and panties. The sweaty men offer her a commode and she smiles as she squats down on it to pee. In the background, a cheerful pop song plays as a counterpoint to this weird porn-like scene.

After a few more such shocking scenes with other woman debased by acts of perversion, it becomes clear this is a message film warning about the over use of drugs in societysomething the filmmaker cautions should be taken only in moderation. The action revolves around a respected psychiatrist called Doctor Sergio who presents a few dramatic sketches to a TV audience where he administered LSD to four volunteers to uncover their reactions and it depicts them hallucinating and being tormented by the Prince of Darkness figure of Coffin Joe.

How much of this crapola you can take, depends on your intestinal fortitude and how much you appreciate the “auteur’s” hidden subversions about society. My tolerance point for such schlock art is very low and I found myself turned off very early on and nothing that transpired later on brought me back into the Marins’ fold.

It was rejected by government censors and the film went unreleased in Brazil for 20 years, until it was released in the States in the 1990s by Something Weird Video. 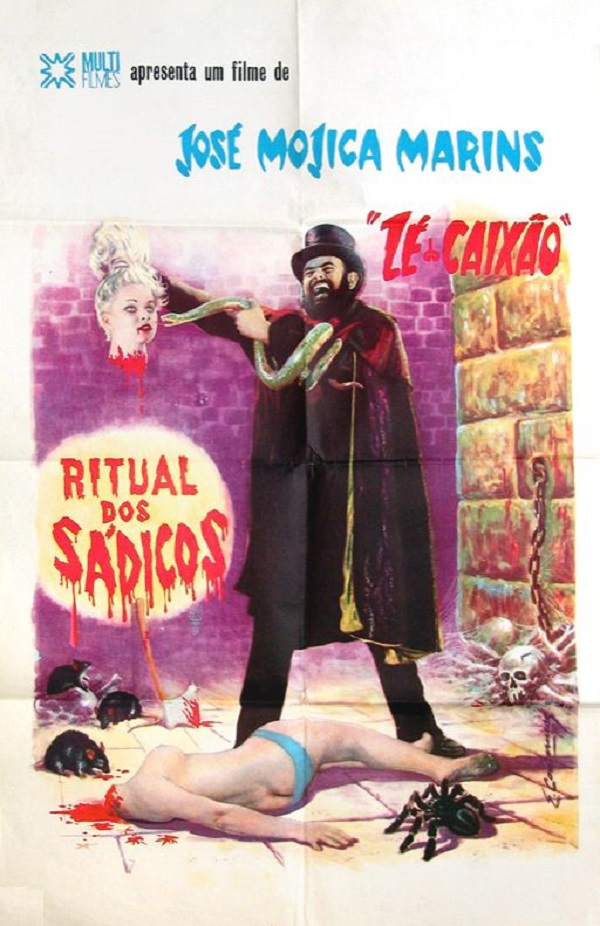